Israel MK Zoabi to Be Indicted on Corruption Charges
Israel 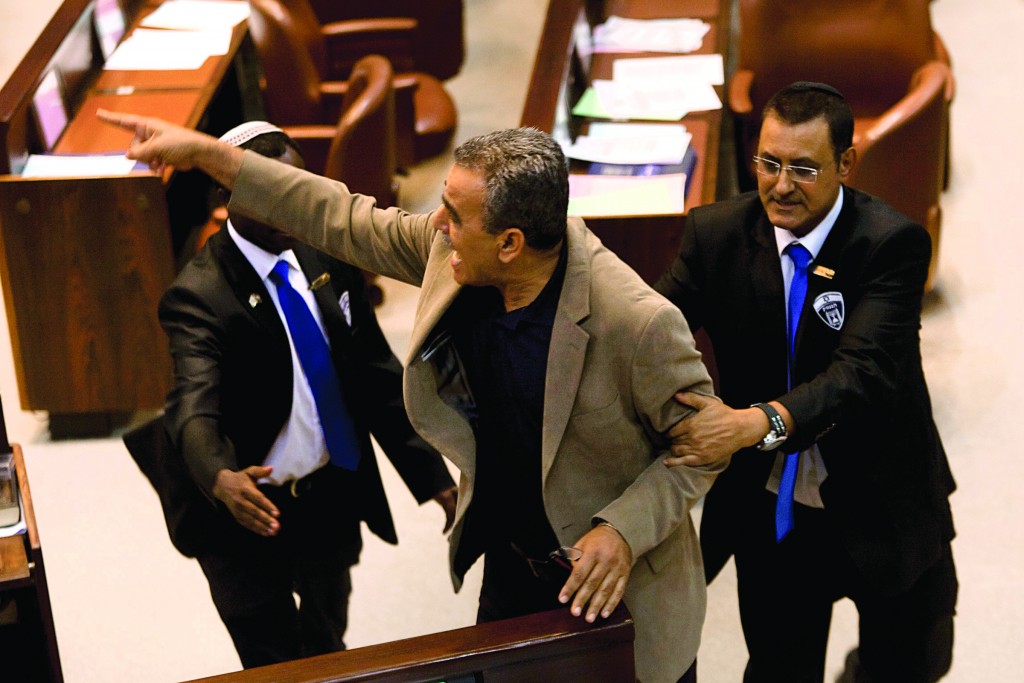 The State Attorney and the State Prosecutor’s Office have informed Arab MK Hanin Zoabi that she will be indicted for illegal fundraising she led for her Balad Party in the 2013 Knesset elections. The indictment, pending a hearing, will include charges of money-laundering, corruption, bribery, forgery and other related crimes. Along with Zoabi, several top Balad officials are to be indicted as well.

Police earlier this year recommended prosecuting Zoabi, along with fellow MKs of her Balad faction, Jamal Zahalka and Juma’a Azbarga, on corruption charges. According to police, the three, along with numerous other party members and activists, were involved in money-laundering and illegal fundraising in the 2013 elections. According to police, the scheme involved raising money for the party from undocumented sources in Israel and abroad. The money was deposited into numerous bank accounts associated with some of the detainees, with false documentation and paperwork designed to avoid regulations and laws.

“The scheme was designed to raise millions of shekels for the party and avoid regulatory authorities, both in Israel and abroad. The money was reported, when such reporting took place, as coming from individual donors” who had never donated money to the party, police said. At issue is some NIS 3 million in donations.

The investigation has been going on for over a year. Some two dozen Balad officials have already been arrested. The list of detainees include prominent members of Galilee Arab communities, including lawyers, accountants, and local authority officials. Police had previously raided the offices of the party in several cities, seizing documents, computers, and other evidence. The Prosecutor’s Office has yet to decide on whether or not to indict Zahalka and Azbarga.

In a statement Thursday, Zoabi said that “the failure of the state to destroy my reputation is at the root of these efforts to brand me as a criminal. The real criminals are the authorities who are trying to destroy me and delegitimize Balad.”