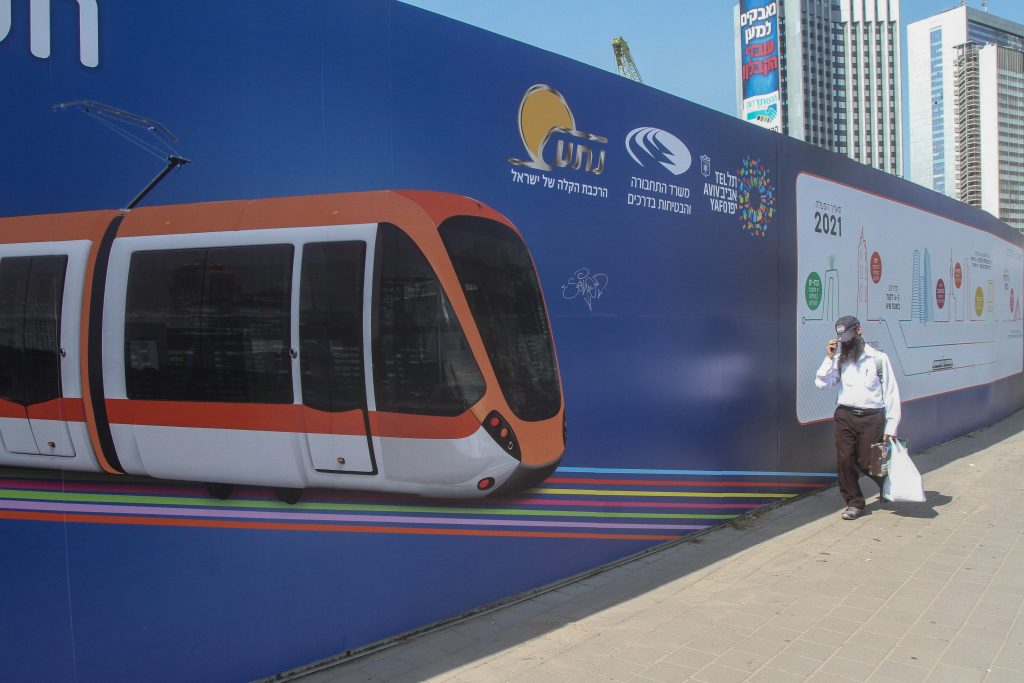 A Chinese railway manufacturer will be supplying “explosion-proof” light rail vehicles (LRV) for the Tel Aviv system, scheduled to start running by 2021, according to the U.K. news site Intelligent Transport.

The trains, made by CRRC, features an explosion-proof design with a curved roof, a non-ferromagnetic bottom and blast-resistant windows to protect against possible rocks, firebombs, and magnetic bombs. In addition, the under-frame structure is designed to remain intact within 15 minutes of combustion, giving passengers enough time to evacuate.

In addition, the door to the driver’s compartment can keep out intruders for at least three minutes.

The vehicle is also equipped with a signal system capable of automatic train operation (ATO). According to a designer, about half of the Tel Aviv Red Line is on the ground, and a pre-set system gives priority to the light track by controlling traffic lights, the report said.

The new trains boast a range of other innovative technologies, including lightweight materials like carbon fiber and SiC power devices used in battery chargers, contributing to a lighter, more efficient, and more environmentally friendly vehicle.

CCRC is a Chinese publicly traded rolling stock manufacturer, currently ranked the largest in the world.