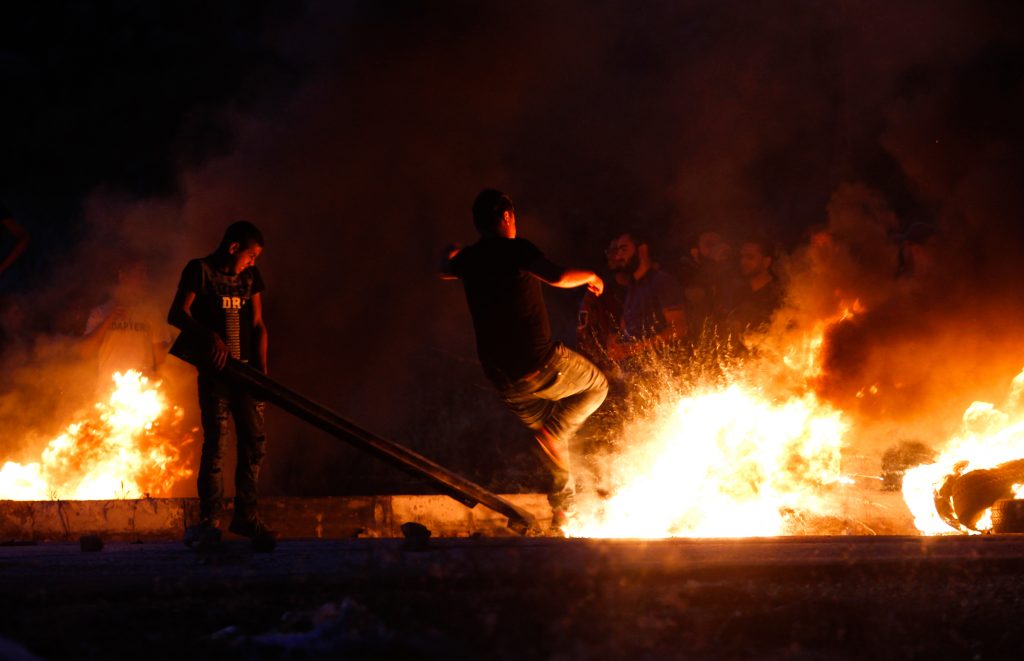 They may have thought they were attacking Israeli security vehicles, but the firebombs Arab terrorists threw at a Border Guard warehouse in the Atarot industrial zone in northern Yerushalayim contained vehicles that Israeli security forces had confiscated from Arabs engaged in terror activities.

Several firefighting crews were called in to deal with a blaze started by the two firebombs, which were thrown by Arabs from the neighboring a-Ram neighborhood. Destroyed in the fire were seven cars and four motorcycles – all belonging to Arabs. No other damage was reported, and there were no Israeli injuries.

In a statement, Border Guards said that they took the incident very seriously. “We consider any incident that occurs on the seam line between the Palestinian Authority and Israel to be very grave, and we will do everything possible to prevent these incidents from repeating themselves and to bring to justice the culprits.”