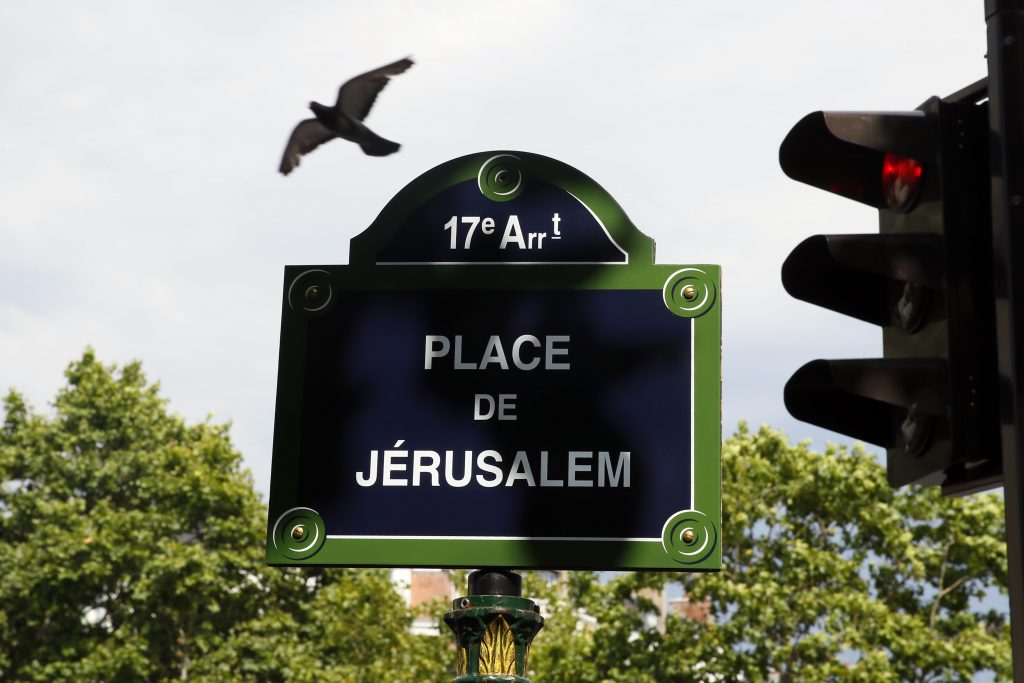 Yerushalayim Mayor Moshe Lion inaugurated Jerusalem Square in Paris on Sunday, implementing a proposal from the French Jewish community, endorsed by the mayor of the city.

“I want to thank Mayor Hidalgo and the city of Paris for this beautiful initiative to name a square in honor of Jerusalem. This act strengthens the bond between our cities – two cities that have left their mark on the world. As Mayors, promoting tolerance, love and peace in our cities is a top priority. We must do all in our power to create and ensure coexistence and companionship between different sectors and religious groups,” Mayor Lion said at the ceremony.

“In this sad period of recrudescence of racist and anti-Semitic acts, recalling the ties that unite the city of Paris and the Jewish community is essential,” mayor Anne Hidalgo wrote to President of the Central Consistory of France, Joel Mergui, on May 15, when she officially announced that she would pursue the project. The Consistory is the body that represents French Jewry in matters of religion.

After Hidalgo’s proposal was approved in the city council on June 12, Danielle Simonnet from the far-left party La France Insoumise proposed that the street sign read “Place de Jérusalem – With the wish that it becomes the future capital of two States.” The proposal was defeated.

A small pro-Palestinian demonstration was held to protest the street-naming.

The ceremony was attended by Mayor Hidalgo, the Israeli Ambassador to France, Aliza Bin-Noun; Head of the Consistoire, Joel Margi; the Chief Rabbi of France, Haïm Korsia; and the Chief Rabbi of Paris, Michel Gugenheim. The square is located in Paris’s 17th arrondissement.