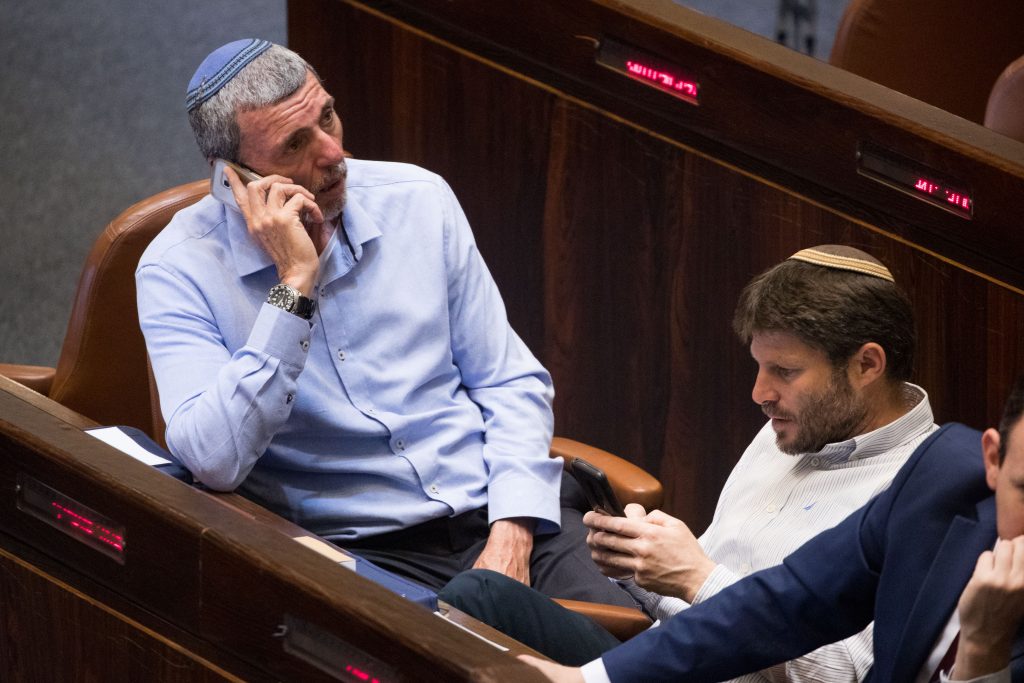 The tempest over ministerial appointments for the United Right Wing Party continued to blow on Tuesday night after a meeting between Israeli Prime Minister Binyamin Netanyahu and URWP leaders Rabbi Rafi Peretz and Betzalel Smotrich ended without resolution.

They are slated to try again on Wednesday to sort things out. Netanyahu was expected to offer Rabbi Peretz the post of Education Minister and MK Smotrich the post of Transportation Minister.

Smotrich has been demanding the Justice Ministry, which had been promised to him before the April election. But last week Netanyahu appointed MK Amir Ohana of the Likud, which had Smotrich seething over the slight, saying that the prime minister takes the right wing for granted and treats it shabbily.

In other developments on the right, former Justice Minister Ayelet Shaked told Jewish Home activists that she thinks she should lead an alliance of small right-wing parties that will run together in the September elections, according to the Kan public broadcaster.

After initially announcing a timeout from politics after her New Right party, co-founded with Naftali Bennett, failed to make the electoral threshold, she said on Tuesday that she’ll run for Knesset in September, after all.

There had been speculation that Shaked might be invited to join Likud, but it appears that Netanyahu has vetoed that proposal.

Meanwhile, the Knesset Finance Committee approved a $79 million budget for the Central Elections Committee to hold the year’s second round of elections on September 17.

The budget is the same as the April elections.