Israel Blue and White Agree to Stay Together
Israel 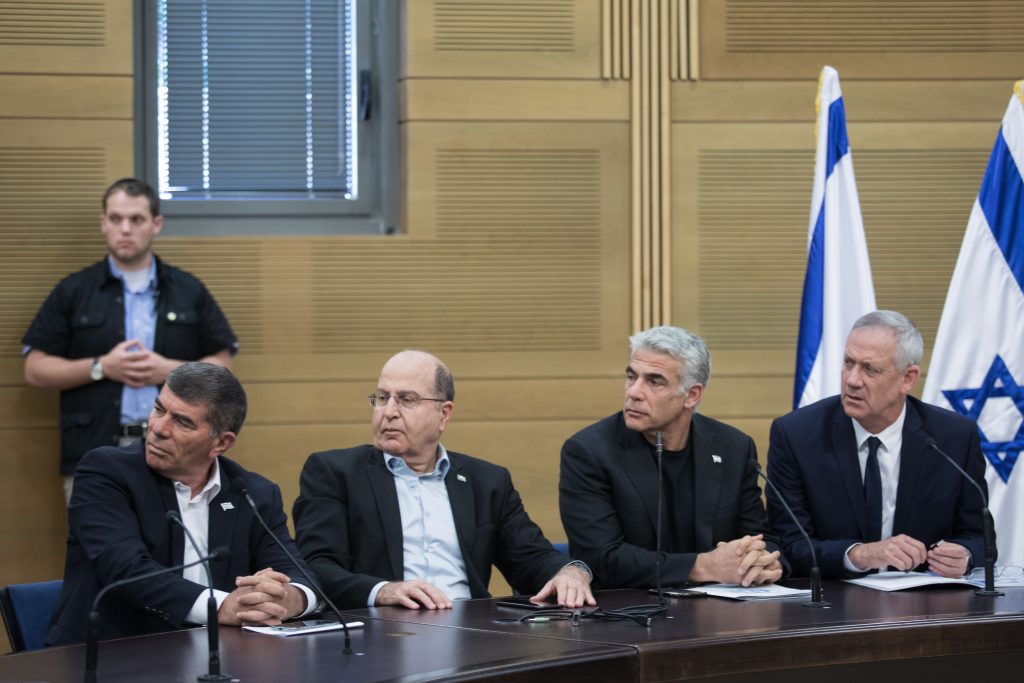 Blue and White Party leaders Benny Gantz and Yair Lapid agreed to make the September elections a rematch with Binyamin Netanyahu’s Likud, as they announced on Sunday evening they will run together again, and if elected will rotate the post of prime minister between them.

The party said further details would be made public on Monday afternoon.

Chairman Moshe Yaalon of the Telem faction of Blue and White Party confirmed that he intends to be on board again as well. In a tweet Sunday evening, he said:

“In spite of the speculation and false rumors we have recently seen and heard, Blue and White will run in the next elections in the same format that led to a huge achievement of 35 seats a few months ago, including the rotation between Ganz and Lapid, just as agreed upon by the joint leadership and brought before the public.”

Meanwhile, former Justice Minister Ayelet Shaked said that she needs time to decide on the next step in her political career, after her New Right party flopped and she was fired from her job earlier Sunday.

“I want to take a few days to think and decide exactly what I want to do and what is the right thing. I’ll decide in the next few days.”