Israel Pompeo: Israelis Have Right to Defend Themselves
Israel 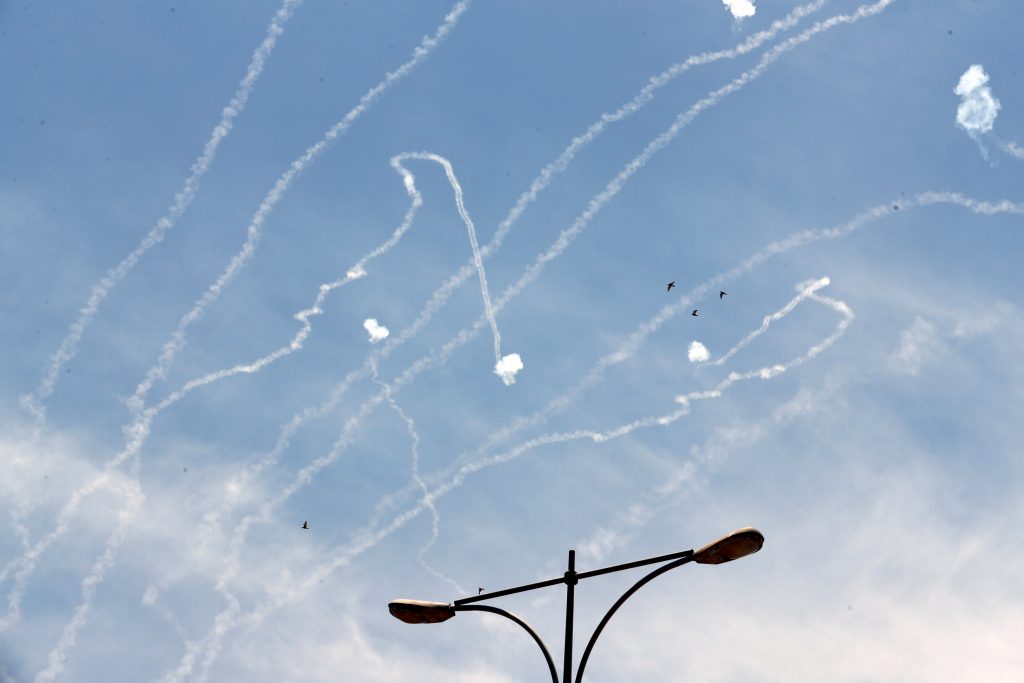 U.S. Secretary of State Mike Pompeo said on Sunday that Israelis have “every right to defend themselves” after Gaza terrorists intensified a wave of rocket attacks into southern Israel, killing three and wounding over one hundred.

Israeli retaliatory airstrikes against some 600 rockets have killed at least nine Palestinians and wounded over 110.

Pompeo said: “I hope we can return to the cease-fire that had been in place for weeks.”

The U.N. envoy to the Middle East called for a cessation of rocket fire by Gaza terror groups

Nickolay Mladenov tweeted Sunday that “enough Palestinian and Israeli lives have been lost, people injured, houses damaged and destroyed,” and called for a “return to the understandings of the past few months before it is too late.”

The U.N., Egypt, and Qatar have been working in recent months broker a lasting cease-fire between Israel and Hamas.

Also on Sunday, High Representative of the European Union for Foreign Affairs and Security Policy Federica Mogherini condemned the attacks:

“Indiscriminate rocket attacks from Palestinian militants in Gaza must stop immediately: the European Union reiterates its fundamental commitment to the security of Israel,” Mogherini said. “We express our condolences to the families of all the victims and to the Israeli people, and wish a speedy recovery to the wounded.”

“These attacks provoke unspeakable suffering to the Israelis and serve only the cause of endless violence and of an endless conflict,” Mogherini added.

“A new escalation risks also to reverse the work to relieve the suffering of the people in Gaza who are already paying a high price with many victims that we mourn. And it puts in further danger the prospects for long-term solutions, which will require the return of the Palestinian Authority to Gaza, credible security guarantees for Israel and a lifting of restrictions of access and movement.”