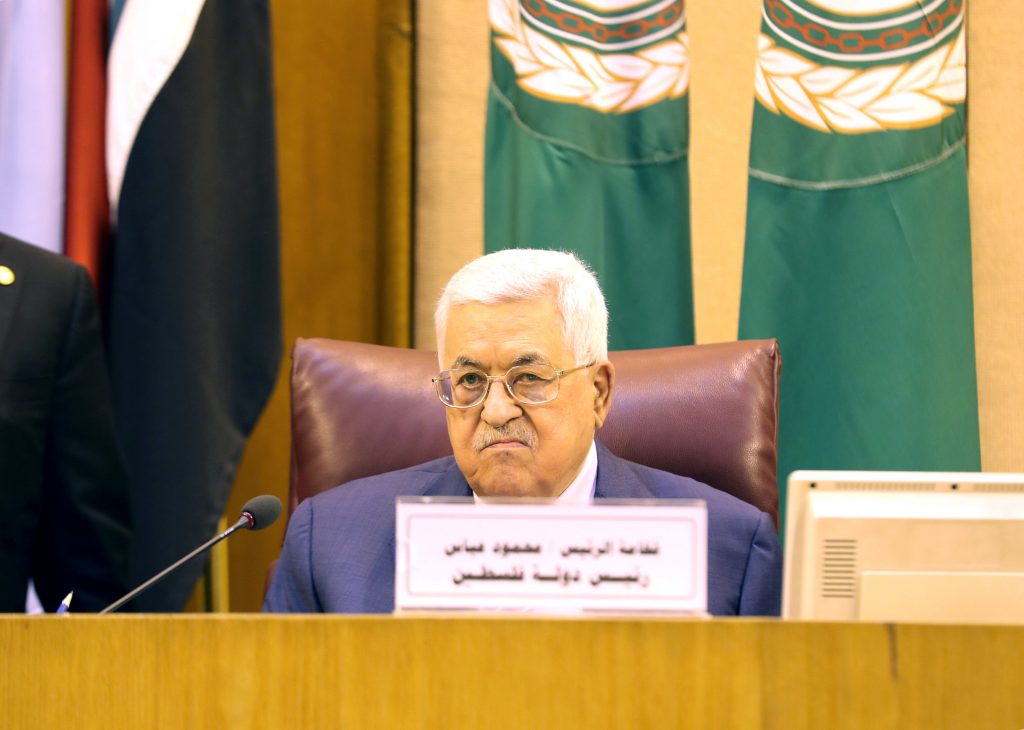 The Palestinian economy, which has for years been heading toward disaster, was the subject of an emergency meeting held on Sunday by Prime Minister Binyamin Netanyhu and Finance Minister Moshe Kahlon, according to a report on Channel 12 news.

The Palestinian Authority was reportedly on the brink of catastrophic shortfall, precipitated by PA President Mahmoud Abbas’ refusal to accept tax revenues collected by Israel, after it withheld part of the money, equal to payments made by the PA to the families of Palestinian terrorists.

Israel announced in February that it would withhold $138 million in monthly payments to the PA to offset the terror stipends.

Meanwhile, Abbas was in Berlin last week for medical tests, a Ramallah-based official was quoted as saying.

The health of the 83-year-old Palestinian leader has been in question in recent years, with reports of hospital visits in the U.S. and elsewhere surfacing from time to time. He is said to have heart trouble, among other things.

The PA has been almost silent on the matter, and last week’s hospital visit was no exception.

The official PA news site Wafa, which typically provides lavish coverage of Abbas’ travels, did not publish any reports about the trip to Germany.

“The president was in Berlin for routine medical checks,” a Palestinian official told The Times of Israel. “He is in good health.”

The official, who spoke on the condition of anonymity, declined to elaborate on the types of “routine checks” the PA president underwent.