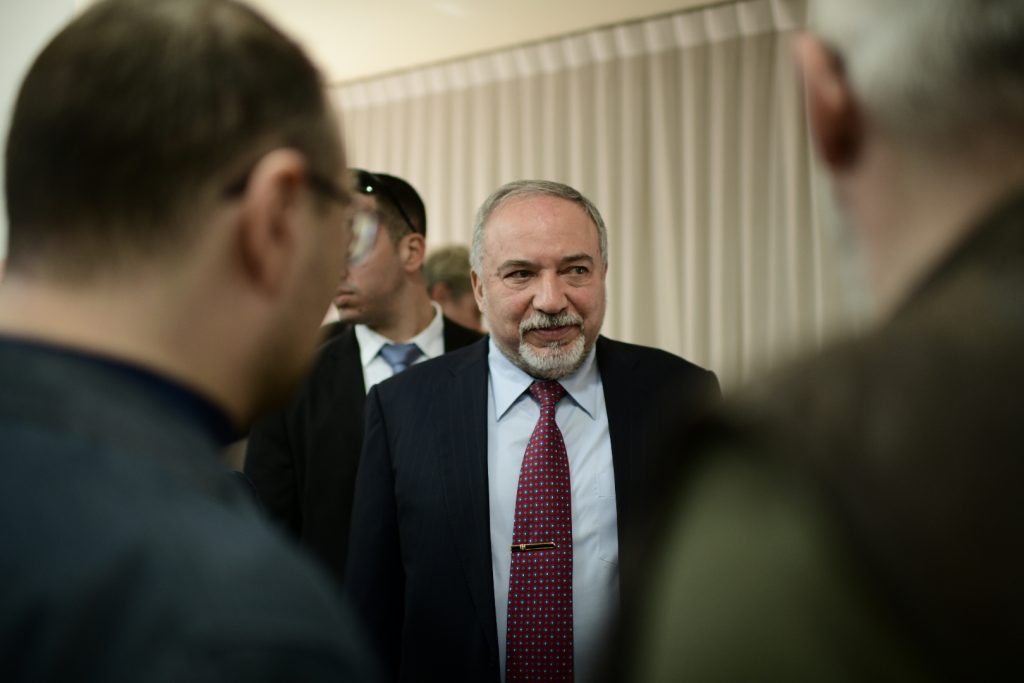 Now that Avigdor Liberman’s Yisrael Beytenu party has recommended Binyamin Netanyahu for prime minister, the faceoff with the charedi parties in the coalition negotiations can begin in earnest.

Both sides have said they will not compromise on status quo issues—such as the chareidi draft, Shabbos observance, giyur and the Kosel—threatening Netanyahu’s prospective 65-45 ruling majority.

“We are ordering the heads of our local branches to remain on full alert in case — G-d forbid — that this issue isn’t solved,” UTJ said on Tuesday.

Associates of the prime minister reportedly obtained Liberman’s promise to let up on his anti-chareidi rhetoric in order to give negotiations a chance.

Signaling compliance, Yisrael Beytenu issued a statement on Tuesday saying, “All our demands and everything we have to say, we will say in the meetings between the negotiation teams.”

Also on Tuesday, United Right Chairman Rabbi Rafi Peretz met with Netanyahu. Sources told Arutz Sheva that the meeting was “excellent” and that “contacts will continue in the coming days.”

After the meeting, Rabbi Peretz said, “I have no doubt that we will stand together, we will be a strong home of religious Zionism and ask, as we said at the beginning of the elections, the education and justice portfolio.”

After meeting with President Rivlin in the morning, Rabbi Peretz said:

“I have experienced disengagement. I have been deported. We will not allow this thing to happen again to the people of Israel. We have seen one of the worst things that can happen in our case – and now our trend is Israeli sovereignty in Yehudah and Shomron.”