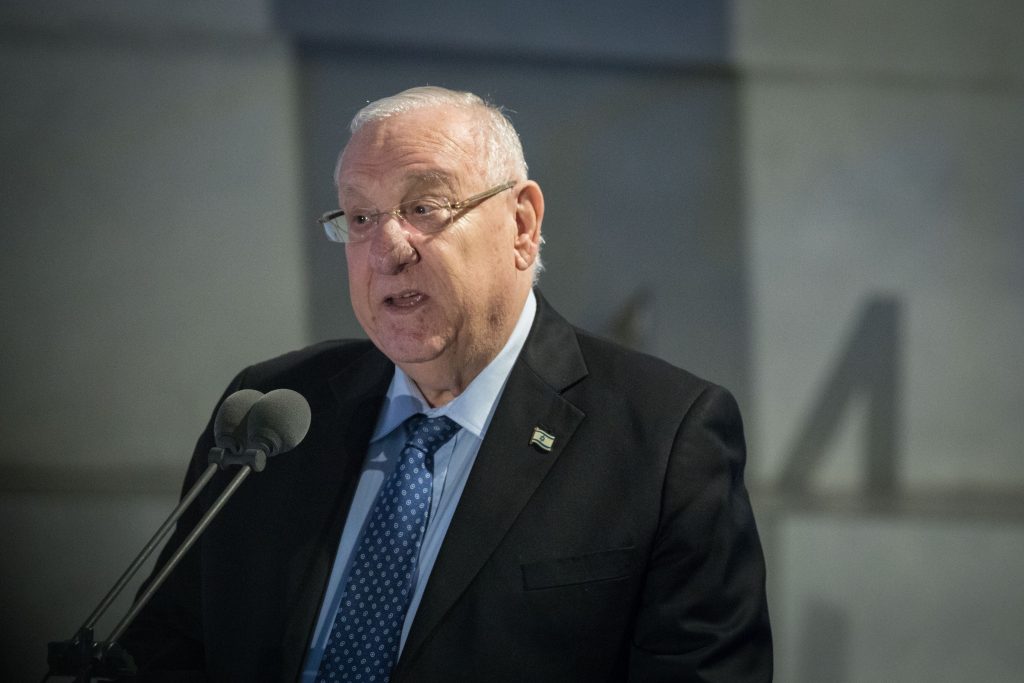 President Reuven Rivlin on Monday will begin interviewing parties elected to the new Knesset regarding their preference for prime minister, and most parties have declared they will tell Rivlin they prefer Binyamin Netanyahu. According to weekend reports, Rivlin is likely to ask Netanyahu to form a unity government together with Benny Gantz’s Blue and White party – but sources in the Likud said that Netanyahu would not agree to the idea.

The sources told Yisrael Hayom that a unity government with Gantz was out of the question after the long and difficult campaign waged – because of Gantz’s terming Netanyahu a “traitor” during the election. “There is no chance that Netanyahu will work with Gantz after what he did.” By calling Netanyahu a traitor over his support for the sale of advanced German submarines to Egypt, Gantz “crossed a red line,” the sources said.

Netanyahu, the sources said, “is personally very hurt” over the name-calling. “You can have elections and you can criticize, but Gantz went too far. Netanyahu said that he has dedicated his entire life to securing Israel, from his days in the IDF Special Forces through his time as prime minister. To call Netanyahu a traitor is simply chutzpah. We cannot accept that kind of behavior.” In addition to the name-calling, “Blue and White lied about the submarine affair, and turned it into a blood libel against the prime minister.”