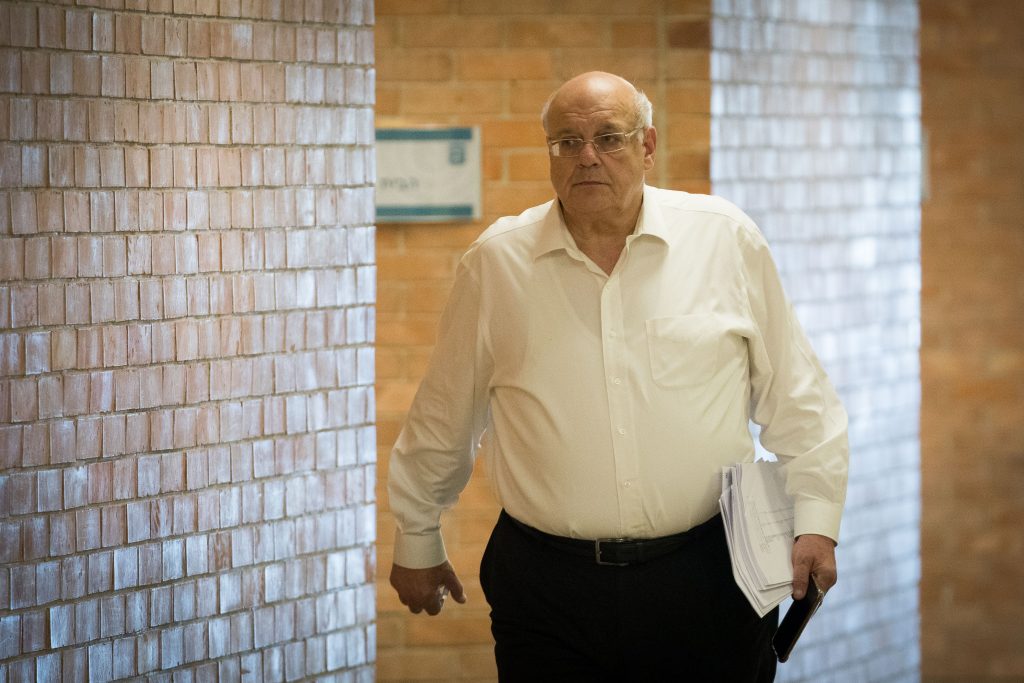 After a dramatic morning in which Naftali Bennett’s New Right Party teetered on the edge of the electoral threshold, the Central Elections Committee agreed Thursday afternoon to a re-evaluation of the votes of soldiers, diplomats, hospital patients, and prisoners. In a statement, the Committee admitted that “glitches have been found in the data entry of the results into the system,” although it added that its vote counts were correct.

Despite that, new changes were made in the alignment of seats as a result of that re-evaluation, media reports said. The Likud was awarded a 36th seat, and Kulanu received a fifth seat – those coming at the expense of United Right List, which falls to 4 seats, and United Torah Judaism, which the reports said fell to 7 seats. However, officials in UTJ denied this, saying that the 8th member of the list, Rabbi Yitzchak Pindrus, was assured a seat. The Committee refused to confirm any of the reports.

But the central question that led to the re-evaluation – that of whether or not New Right will be represented in the Knesset – has still not been resolved. According to Committee figures, the party is less than 1,000 votes short of the electoral threshold – yet those same figures show that it received one tenth of one percent more votes than needed to meet the threshold. The Committee said earlier that it appeared that tens of thousands of votes on paper ballots had not been entered into the computer system.

Earlier, the Committee said that New Right had not passed the threshold, prompting party chairman Naftali Bennett to demand a recount. He was later joined by MK Betzalel Smotrich of the United Right List, with both saying that the discrepancies indicated an attempt to keep New Right out of the Knesset. The two said that their observers had been thrown out of the room where the recount was taking place, and that they suspected fraud was ensuing. Right-wing attorney Itamar Ben-Gvir, who had been a United Right List candidate, was banned from the Knesset building by Committee chairman Hanan Meltzer, leading Ben-Gvir to say that “this country is starting to look like a banana republic. First they banned Michael Ben-Ari, then they wouldn’t let me move up the list to the number 5 spot from number 8, and now they will not let me enter the Knesset. It is very strange and shocking.”

The Committee earlier refused to acknowledge that anything untoward had happened, but did say that in light of the apparent discrepancies, and “in order to ensure that the elections are properly conducted, we will continue examining the votes, as we would in any election.”

With the New Right in the Knesset, Binyamin Netanyahu would have more options in forming a government, and would be able to conduct tougher negotiations with potential coalition partners who have already announced that they would set a high price for their agreement to join a government.