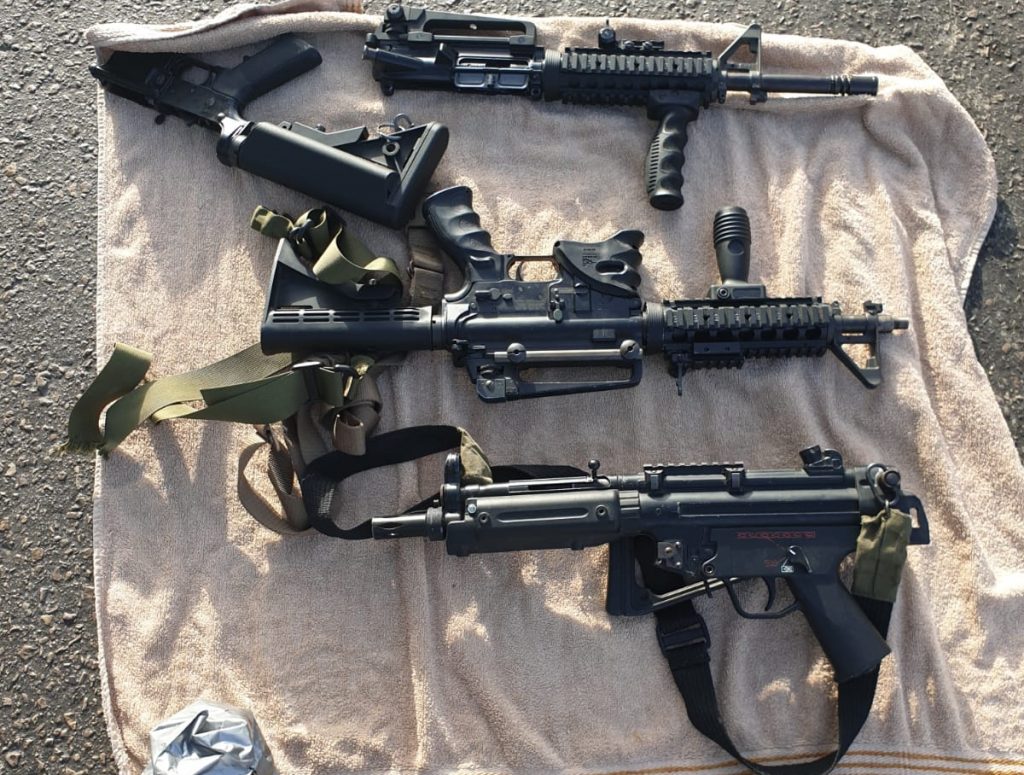 Israeli border police intercepted a shipment of weapons en route to terrorists and criminal elements at the A’Zaim checkpoint near Yerushalayim on Tuesday.

Two M-16s, an airsoft gun, 15 magazines and hundreds of bullets in a suitcase were seized by officers at the checkpoint.

They arrested two Palestinians in their twenties from the Palestinian town ‘Anata near the capital, and brought them in for questioning.

The car was stopped after the driver raised the suspicion of Border Police. The driver’s wife, young daughter and days-old son were also in the car.

When the police asked the driver to open the trunk, they discovered a suitcase filled with the deadly cache, alongside clothes and personal items.