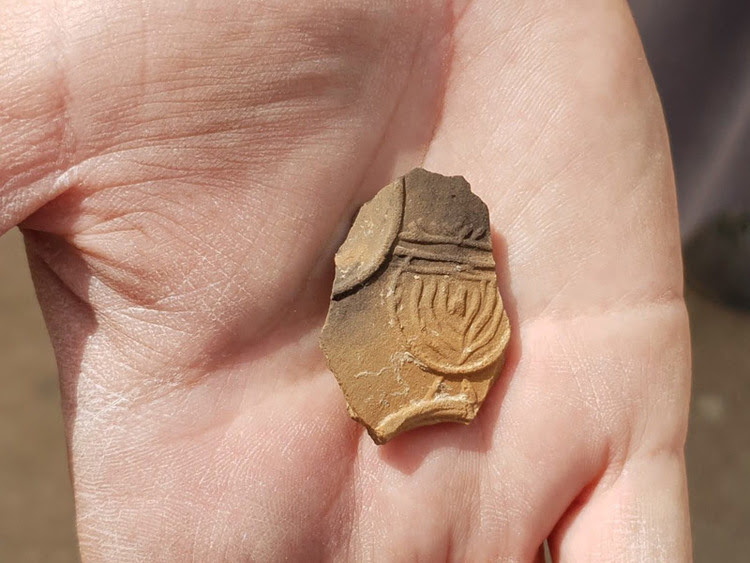 For the first time, the remains of a Jewish settlement of the Bais Sheni period have been discovered in Be’er Sheva.

The archaeological excavation carried out to facilitate the building of a new neighborhood near the northern entrance to Be’er Sheva has revealed evidence of Jewish day-to-day life there, including part of an oil lamp decorated with a nine-branched menorah – one of the earliest yet discovered by researchers – as well as limestone vessels used by Jews for reasons of ritual purity, a watchtower and more. The site also appears to contain underground hidden passageways possibly used by Jewish rebels in the Bar Kochva uprising.

According to the excavators, Dr. Peter Fabian of the Ben Gurion University in the Negev and Dr. Daniel Varga of the Israel Antiquities Authority, “Remains of the settlement cover an area of about 2 dunams (half an acre) and include several structures and installations, such as the foundations of a large watchtower, baking facilities, ancient trash pits and an underground system that was probably used as a mikveh.”

The site is located along the southern border of the ancient kingdom of Judah next to a road that led from Tel Be’er Sheva to the southern coastal plain. The site’s strategic value along the road was probably the reason for the construction of a 30 x 30 foot watchtower, the foundations of which were uncovered in the excavation. The remains of a staircase would have led upwards to the two upper levels that are no longer extant. During the Late Roman period, the stones of the tower were used to construct other nearby buildings.

The special finds uncovered in the excavation included a shard of an oil lamp of a type known as a Jewish “Southern lamp.” There was great excitement when the shard was cleaned and its decoration revealed: a nine-branched menorah.

According to Dr. Fabian and Dr. Varga, “This is probably one of the earliest artistic depictions of a nine-branched menorah yet discovered.” It is interesting to note that of the few lamps found depicting a menorah, they are never seven-branched. This was in accordance with a ruling in the Babylonian Talmud stating that only the menorah in the Bais Hamikdash could have seven branches, and thus lamps used in domestic contexts commonly had eight to eleven branches.

Dozens of bronze coins discovered at the site belong to the period of Roman provincial rule. Some were minted in Ashqelon and others were minted in cities from throughout the Roman Empire.