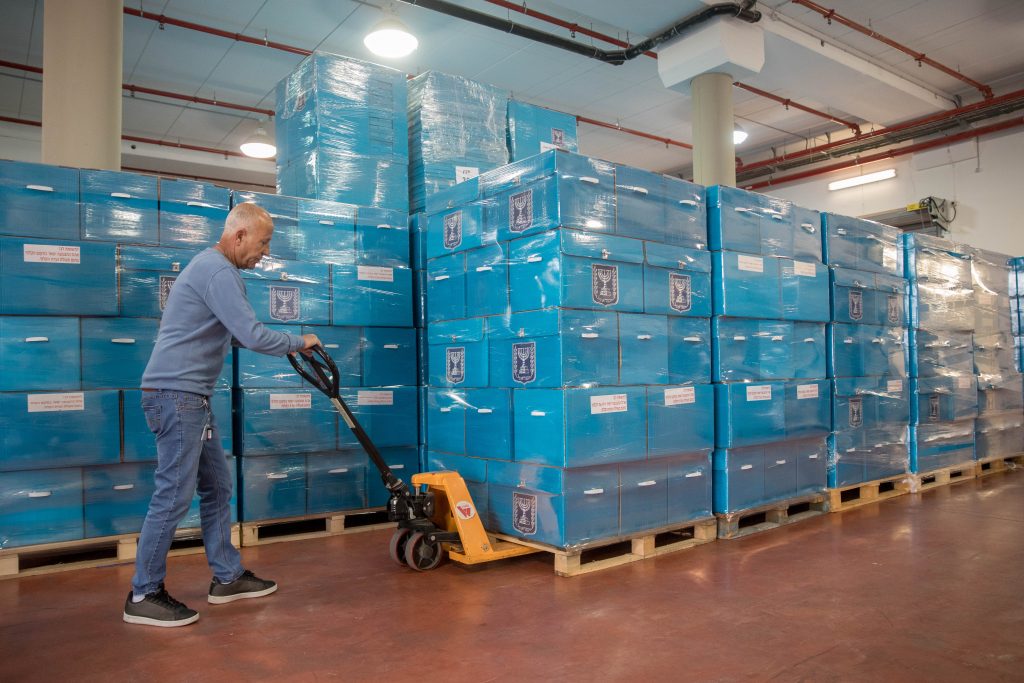 Israel’s Foreign Ministry began legal action to secure the release of thousands of absentee ballots cast by diplomatic personnel abroad that are being held hostage by the workers’ committee in the latest round of a bitter labor-management dispute.

The ministry’s labor union announced on Wednesday that they refuse to ship the sealed ballots to Yerushalayim to be tallied at the Knesset on Election Day, April 9. The union said the ballots were being kept in a guarded and locked room — and they have hidden the key.

The union has demanded the intervention of the prime minister and other senior officials to intervene in the dispute as a condition for allowing the ballots to be transferred to Yerushalayim.

The Foreign Ministry’s management turned to the State Prosecutor’s Office on Thursday to seek a restraining order.

“The request for an injunction is intended to enable all the public emissaries abroad to exercise their democratic right to participate in the elections. In addition, this step is intended to prevent members of the committee or any party on their behalf from delaying the transfer of the ballot boxes to their destination for the commission of a criminal offense to which they will be held accountable,” the Ministry said in a statement.

In a statement earlier in the day, the union justified its action, saying:

“In response to the unilateral measures taken by the Ministry of Finance against Foreign Service employees, Foreign Ministry employees today announced a freeze on the handling of Israeli polling stations that voted in the sand a week ago. Thousands of voting envelopes have been locked in the warehouse until the Finance Ministry stopped trying to invent strange and unrealistic procedures and regulations.

“We call upon the prime minister, the minister of finance, the minister of foreign affairs and the Knesset, to enter into the depth of the matter and to fulfill the commitments made to the employees of the foreign service of the state of Israel.”

The row began in February when the finance ministry ordered that diplomats’ hospitality budgets be classified as a taxable benefit, effectively raising their income taxes for an activity that the union says is a work necessity.

Israel does not have absentee voting, except for official emissaries of either the state or the pre-state institutions that are part of the World Zionist Organization system. In total, 5,137 Israelis living abroad qualify to vote, and have been doing so at some 100 consulates and embassies around the world since last week. Absentee voting ends on Friday, April 5.