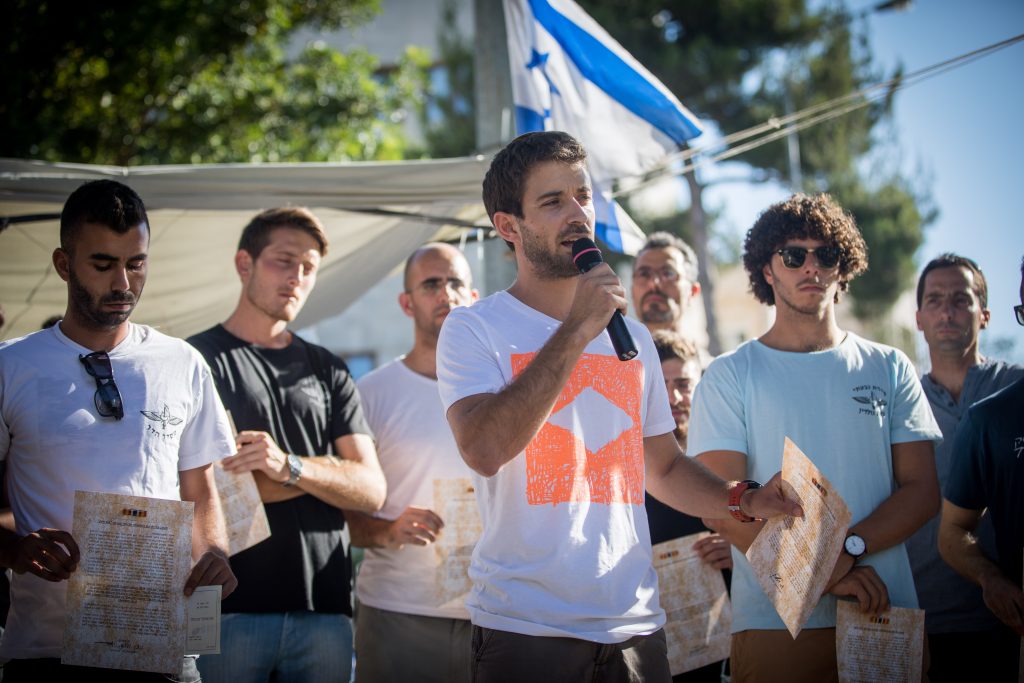 Rumors that a deal to release Israelis being held by Hamas in Gaza as part of the new understandings between Israel and the terror organization are just that, said members of the family of Hadar Goldin Hyd, who was abducted by Hamas in 2014’s Operation Protective Edge and is presumed dead. “Throughout the term of this government we have learned very well that reports that a deal has been made means that there is no deal, and that the government has once again missed an opportunity,” the Goldin family said in a statement. “Since our son was abducted in 2014, the government has lost many opportunities to change the balance – to pressure Hamas and get as good a deal as possible for the return of our sons.”

The family was responding to reports in Gaza media Tuesday that a deal to bring home the remains of Goldin and of fellow IDF soldier Oron Shaul Hyd, along with Israeli civilians Avram Mengistu and Hisham Shabin a-Seid, was imminent.

The report, on the Hamas al-Quds channel, said that the idea was being advanced by Egyptian negotiators who are brokering the understandings between Israel and the terror group. The understandings would see Israel provide greater access for Gazans to the outside world, in return for a curtailment by the terror group of rioting, security fence breaches, and balloon terror attacks.

But the Goldin family does not believe such a deal is about to take place. “What we have seen in recent days is another round of surrender by Prime Minister Netanyahu and his cabinet to Hamas. They expanded the range Gaza fisherman can trawl in to 15 miles, and they raised the protection money they pay to Hamas to $40 million. Based on this surrender we know there will be no deal. Netanyahu owes us an explanation on why he has not fulfilled his promise to the families to bring their sons home.”

Despite the Gaza report, a separate report in the Palestinian Authority-based al-Quds newspaper (not related to the Gaza channel) said that at a meeting between top Hamas terrorists and U.N. Middle East liaison Nikolai Maldenov, Monday, did not include discussion of such a deal. Hamas will only discuss the issue when Israel relaxes conditions for terrorists held in Israeli prisons, and the release of all terrorists who were rearrested after being released in the Gilad Shalit deal, the report said.