Israel Sharon Rocket Fire: Where Was the Iron Dome?
Israel 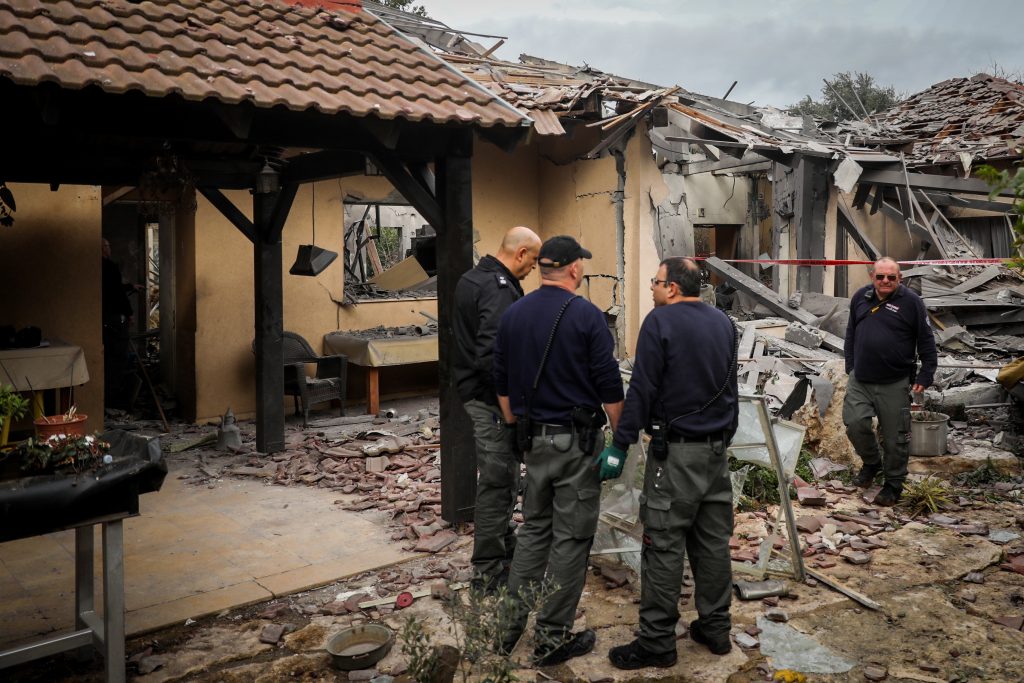 An initial investigation into the attack on the town of Mishmeret Monday morning indicates that the rocket fired by Gaza Arab terrorists did not hit the house where seven people were injured directly, but instead fell on the ground and exploded.

In response to questions by reporters as to why the rocket fell at all – and why it was not shot out of the air by the Iron Dome missile defense system – Defense Ministry officials told Channel 12 news that “there was no possibility” of activating the system.

Along with one house that was almost completely destroyed – the house where those injured in the attack lived – some 30 other houses were damaged as well, Kan News reported. Seven people were injured when the rocket fired by Gaza terrorists hit the home in Mishmeret, at about 5:20 a.m. Monday.

The Red Alert siren system sounded, and residents of the house proceeded to a safe room. Six of them – those who were in the room – were lightly injured, with one member of the family sustaining heavier wounds because she did not get to the safe room before the rocket exploded. The woman, about 60, sustained moderate wounds.

Among the others injured were a 30-year-old man, a 12-year-old girl, a three-year-old and a six-month-old child. Besides homes, several dozen cars were also damaged.

Security forces were working at the site of the attack Monday to dig out the remains of the missile, in order to determine its type. To that end, the remainder of the family’s home is to be largely demolished, Channel 12 reported. Tax Authority officials were evaluating the damage to the house, as well as to damage in the surrounding area, in order to determine how much compensation each family is entitled to.

The defense officials did not say why it was “not possible” to shoot down the incoming rocket; angry residents told Channel 12 that it was because there was no Iron Dome system deployed in their area, as there was in Tel Aviv, when Gaza terrorists fired two rockets at the city ten days ago. One of those rockets was shot down by Iron Dome systems.

On the other hand, residents told reporters, “no one could have imagined that Hamas would fire a rocket here. Many people didn’t even respond to the Red Alert siren warning, believing it was a routine test of the sirens. We have a much better understanding now of how people in the Gaza border area live.”