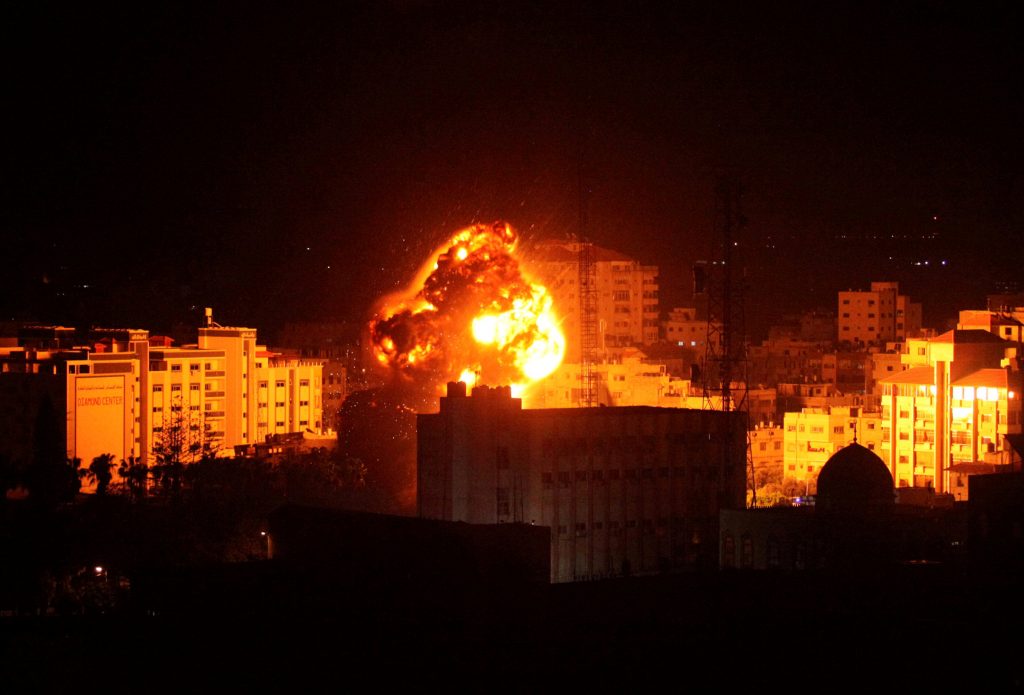 A Hamas official said on Monday night that a ceasefire brokered by Egypt was scheduled to go into effect at 10 p.m. Israel time.

The Israeli response came in the form of a fresh military strike, this time near the Khan Younis port, just moments after the Hamas ceasefire claim was carried on news outlets.

An Israeli official was quoted as saying that they had no knowledge of any ceasefire agreement.

The Hamas Al-Aqsa Channel reported that the Egyptians succeeded in reaching a cease-fire between Israel and the Palestinian terrorists in Gaza.

The channel quoted an “informed source” as confirming that the cease-fire had been reached, but did not provide further details.

Subsequently, Al-Arabiya reported that Egyptian mediators have demanded immediate calm from both Israel and Hamas, or it would call off it efforts to mediate between the two sides.

It said Cairo was holding “intensive talks” with officials from both sides.

Meanwhile, Prime Minister Binyamin Netanyahu was postponing his return to Israel from Washington due to a security meeting, Walla reported.