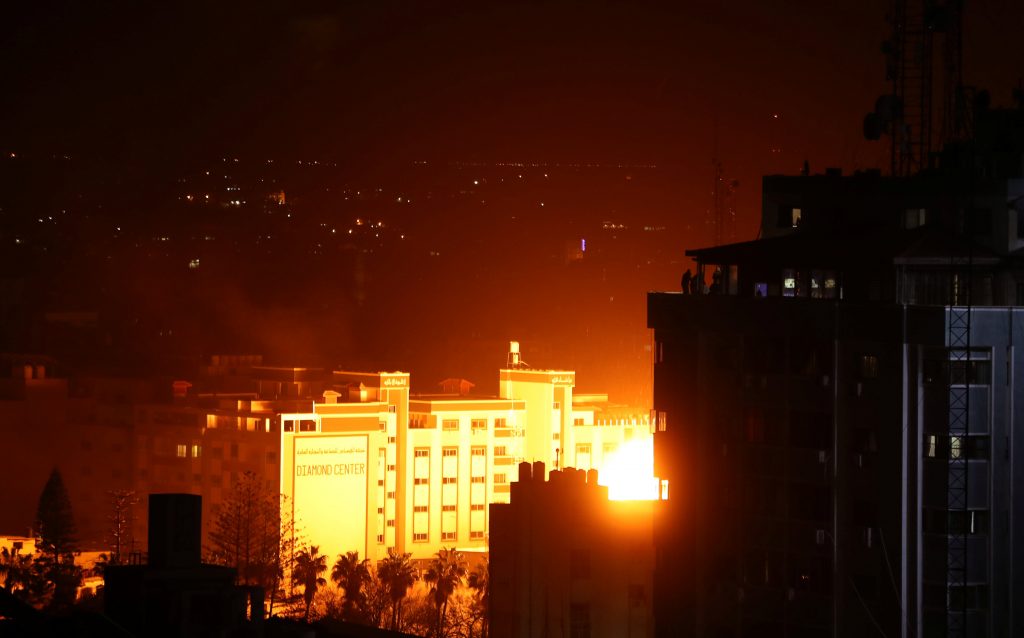 Israeli aircraft commenced a retaliatory attack on the Gaza Strip at 6 p.m. Israel time Monday, following a rocket attack from Gaza terrorists on Israel earlier in the day that injured 7 people.

The IDF strike hit a post in the northern Gaza Strip belonging to the Izz ad-Din al-Qassam Brigades, Hamas’s military wing, with two missiles, the Shehab news site in the coastal enclave said.

Israeli Prime Minister Binyamin Netanyahu said at the White House that the IDF is responding “forcefully to this wanton aggression.”

He says Israel will do “whatever we must do” to defend itself.

“At this time, the IDF has started to attack terror targets belonging to the Hamas terror group throughout the Gaza Strip,” the army confirmed in a statement.

So far no injuries were reported by the Hamas-run Health Ministry.

Local officials in Tel Aviv, Ashkelon and communities near the Gaza Strip ordered the opening of public shelters.

Train service from Ashkelon to Sderot was suspended in light of the security crisis.

“By order of security officials, the train service from Ashkelon to Sderot has been stopped,” Israel Railways said in a statement. “The Ofakim, Netivot and Sderot stations will be closed until further notice.”

British Foreign Secretary Jeremy Hunt said he was “appalled” by Monday morning’s “unacceptable” rocket attack from Gaza that destroyed a home in central Israel belonging to a British-Israeli family.

Meanwhile, Italy, the Netherlands and Cyprus joined in condemning the attack that wounded seven people, including two small children in central Israel.

Hamas spokesman Fawzi Barhoum threatened the price Israel will pay for carrying out “stupidity at the expense of Gaza” will be beyond its calculations.