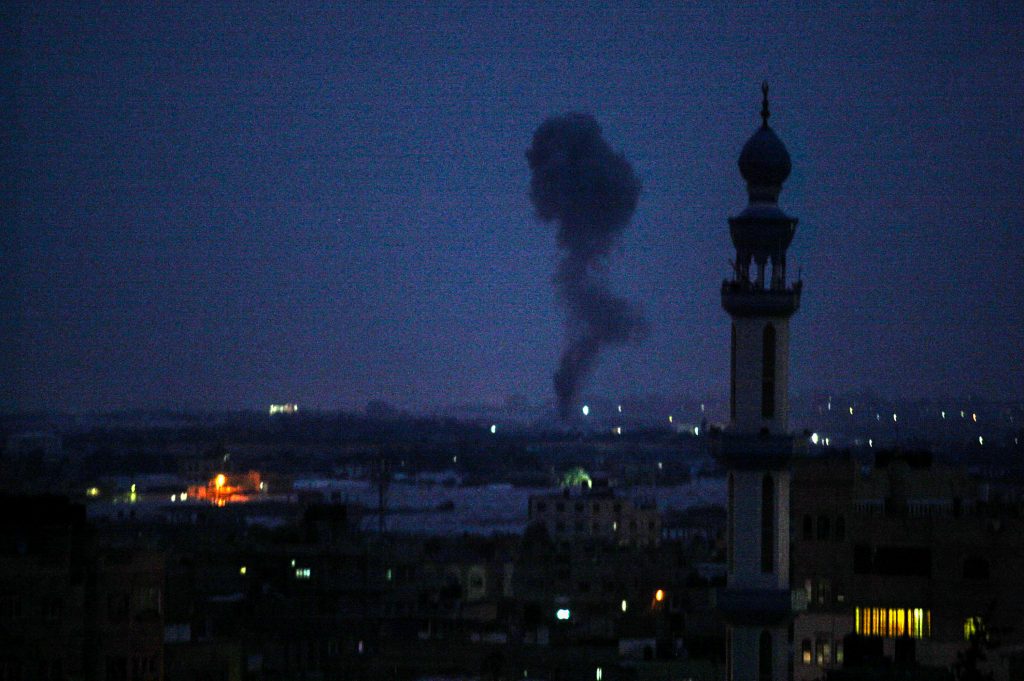 The IDF on Sunday released photos and satellite images of the targets it hit Thursday night, after Gaza Arab terrorists fired two missiles at the Tel Aviv area. Over 100 terror targets were hit in that response, among them a Hamas headquarters in the middle of Gaza City, and several Hamas training bases and facilities throughout Gaza, along with several underground smuggling tunnels. Also destroyed was the main workshop where the terror group built rockets that it fires at Israel, as well as an airfield in southern Gaza where Hamas tested the use of drones in attacks.

A report in Yisrael Hayom Sunday said Egyptian negotiators, who were in Gaza trying to hammer out ceasefire understandings between Hamas and Israel, slammed the terror group after the rocket fire. The report quoted the Egyptians as telling both Hamas and Islamic Jihad leaders that they had gone too far, and that Egypt would do nothing to assist the terror groups if Israel decided to embark on a full-fledged campaign against them – even to the extent that Israel would retake Gaza altogether.

On Friday, Hamas called off its weekly riots at the Gaza border, as it proclaimed that it was not responsible for the rocket fire. The UK Independent reported Saturday that Shin Bet head Nadav Argaman met with Hamas officials in Cairo Thursday night to discuss ways to avoid further escalation. Argaman went to Cairo after consulting with Prime Minister Binyamin Netanyahu, in a meeting which was arranged by Egyptian Intelligence head Abbas Kamal.

Argaman reportedly told Hamas that Israel was demanding complete quiet at the Gaza border and an end to the Friday border fence rioting, and the need for the release of Israelis held in Gaza, including the remains of IDF soldiers Hadar Goldin and Oron Shaul. In return, he told Hamas, Israel was willing to relax the closure on Gaza, including reopening the Kerem Shalom and Erez checkpoints. Egypt would also reopen the Rafiach passage to Sinai, Hamas was told. Neither Israel nor Hamas would confirm the understandings.