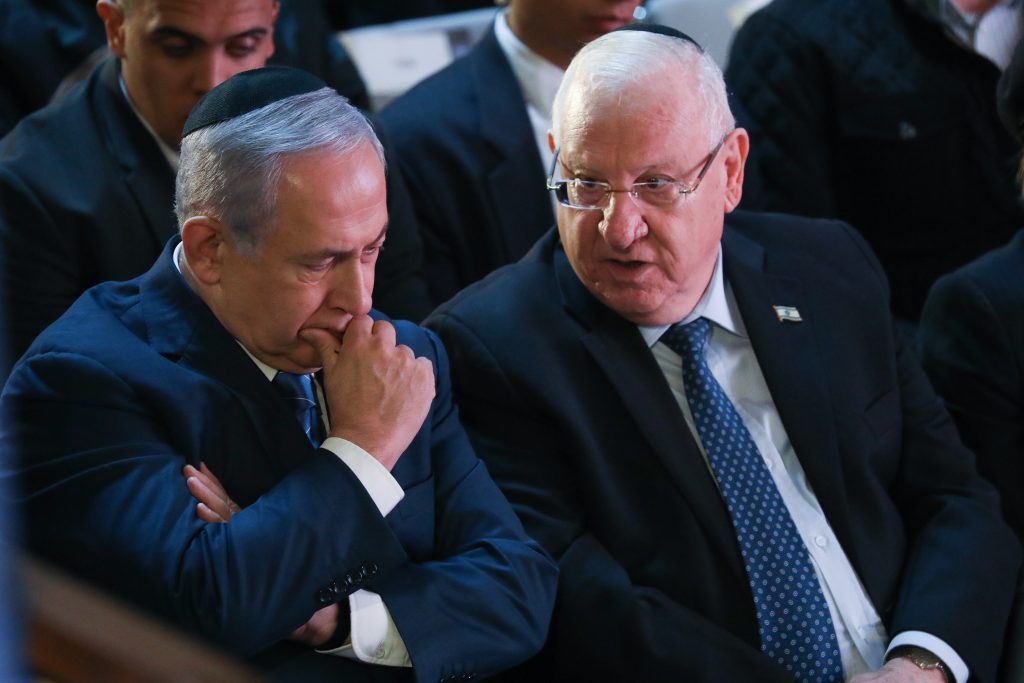 Israel is being assisted by other countries to prevail upon Hamas to release Israeli soldiers being held by Hamas in Gaza, as well as to track down the remains of soldiers who are still missing, in some cases decades after they were lost in battle or captured by the enemy, Prime Minister Binyamin Netanyahu said Thursday. Netanyahu was speaking at a ceremony commemorating the deaths of IDF soldiers whose burial place is unknown.

“Right now we are working with foreign governments to track down our soldiers,” Netanyahu said at the event, held annually on the seventh of Adar – the day Moshe Rabbeinu, whose burial place is also unknown, was niftar, “I include in that all soldiers who have gone missing since the War of Independence, from Ron Arad to Oron Shaul. We will continue to make every effort to bring our boys home, and we will continue taking actions – some of which cannot be talked about – to do so,” the Prime Minister said.

Both the family of Shaul and Hadar Goldin, both of whom went missing during 2014’s Operation Protective Edge and are presumed dead, and whose remains are being held by Hamas, have been very critical of the failure of the government to bring their sons home – especially given the leverage Israel holds over Hamas in the form of transfer payments, food shipments, electricity,. The families have demanded that these services be cut off until the remains of the two are released.