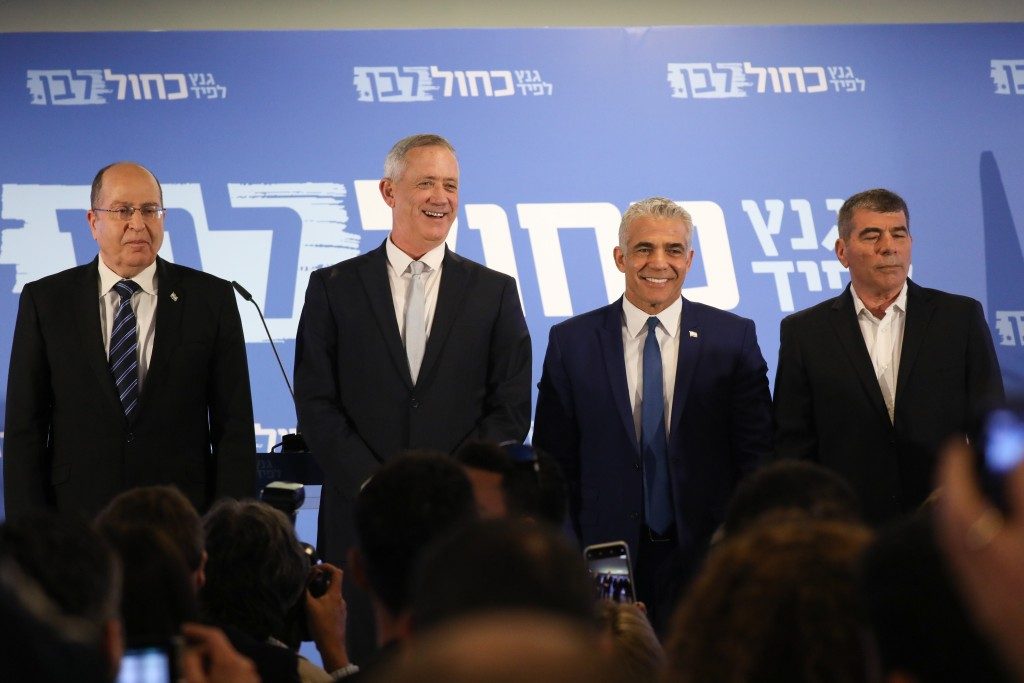 The Blue and White party of Benny Gantz and Yair Lapid made public their platform on Wednesday.

The much-awaited statement, which runs 45 pages, covered many issues, but left some of the most important still needing clarification.

The platform does not address the question of a Palestinian state or a two-state resolution to the conflict, while it does allow for the possibility of territorial concessions in a peace deal, though stipulating that this would only be with national referendum or approval in the Knesset by a super majority.

Included was a pledge to “initiate a regional conference with the Arab countries that seek stability and deepen the process of separation from the Palestinians while maintaining uncompromising security interests of the State of Israel and the IDF’s freedom of action everywhere.”

It was non-committal on the as-yet released Trump plan, saying it would consider its proposals when submitted, which is expected after the April 9 Israeli elections.

The party said it commits itself to a united Yerushalayim, continued sovereignty over the Golan Heights, and intention to keep the settlement blocs, while willing to dismantle the outposts in Yehudah and Shomron in a permanent status agreement.

“We will strengthen the settlement blocs and allow normal life in all places that Israelis live,” the party stated. “The Jordan Valley will be Israel’s eastern security border.”

“Normalized” life is often code for the extension of sovereignty to Yehudah and Shomron.

The platform promised “there won’t be a second Disengagement. A unilateral process leads the enemy to conclude that violent resistance has succeeded. We will not repeat this mistake. Any historic diplomatic decision will be determined by the people through a national referendum or approved by the Knesset through a special majority.”

Likud had accused Gantz of saying that he was willing to make unilateral concessions like that of Gush Katif under Ariel Sharon, which he has denied, though he did praise the army’s handling of the withdrawal.

Regarding the vexing issue of corruption in government, it says that public officials indicted for corruption should automatically have to suspend themselves or resign. Under existing law, it appears that a prime minister can continue in office even after an indictment, as long as no conviction has been arrived at.

Despite assurances that it would act to preserve the Jewish identity of the state, the Blue and White party said in its platform that it also supports public transportation on Shabbos and canceling the “mini-market law,” which gives the interior minister authority to prohibit certain trade on Shabbos. Gantz and Lapid also say that they are in favor of expanding the pluralistic prayer plaza at the Kosel, plus measures that would give legal recognition to certain non-halachic relationships.

Leaders of United Torah Judaism and Shas have stated in recent days that they will not sit in a government led by Blue and White.