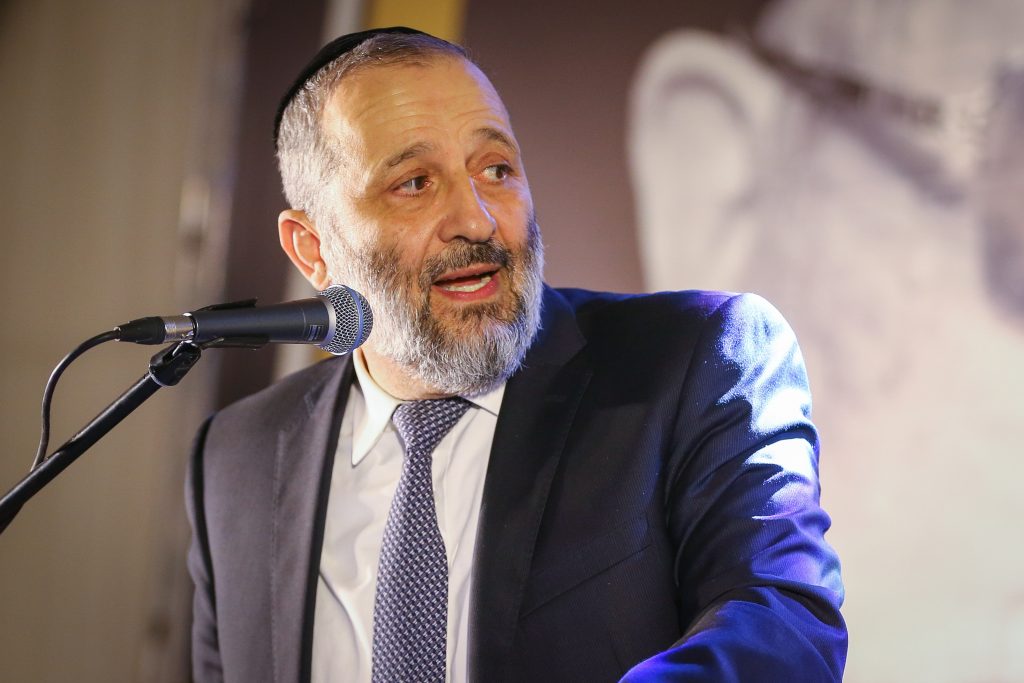 The Blue and White party of Benny Gantz proved that it can sling mud just as well as Israeli Prime Minister Binyamin Netanyahu’s Likud, unleashing an attack ad as negative as anything thrown against it in recent days.

“If you vote for Netanyahu, you will get extremists,” the ad claimed. To back that up, they are releasing videos of Otzma Yehudi leaders making extremist statements.

In one video, a young Itamar Ben-Gvir talks about how he vandalized then-prime minister Yitzhak Rabin’s car and “will get to Rabin” ahead of his assassination. In the second, Michael Ben-Ari calls for IDF soldiers to refuse orders.

The ad asks voters whether they want to see the likes of Ben-Ari on the Knesset Foreign Affairs and Defense Committee or Ben-Gvir on the Judicial Selection Committee.

“Stop the craziness by voting for Blue and White,” the ads conclude.

Meanwhile, the Gantz-Lapid alliance continued to take flak for its positions.

Shas said that Gantz “has copy-pasted the platform of [Yair Lapid’s] Yesh Atid,” and seeks to “trample the honor of Shabbos by running public transportation and making it into a national shopping day,” to harm “the sanctity of marriage” and to “desecrate the Kosel by allowing Reform movements to enter.”

Gantz was pummeled on the left and the right on Wednesday.

Shlomo Ne’eman, head of the Gush Etzion Regional Council, denounced the Blue and White’s newly released platform, which states that it will “strengthen the settlement blocs.”

“The Etzion bloc will not be used as a fig leaf for those who want to divide the land and uproot thousands of Jews from their homes in order to fulfill false dreams and snap photographs on the White House lawn,” said Ne’eman.

“There should be one law for all settlements in terms of construction, development and implementation of Israeli sovereignty,” he added.

Labor says “those who run from a two-state solution will end up with one state with an Arab majority and an end to the Zionist vision.”