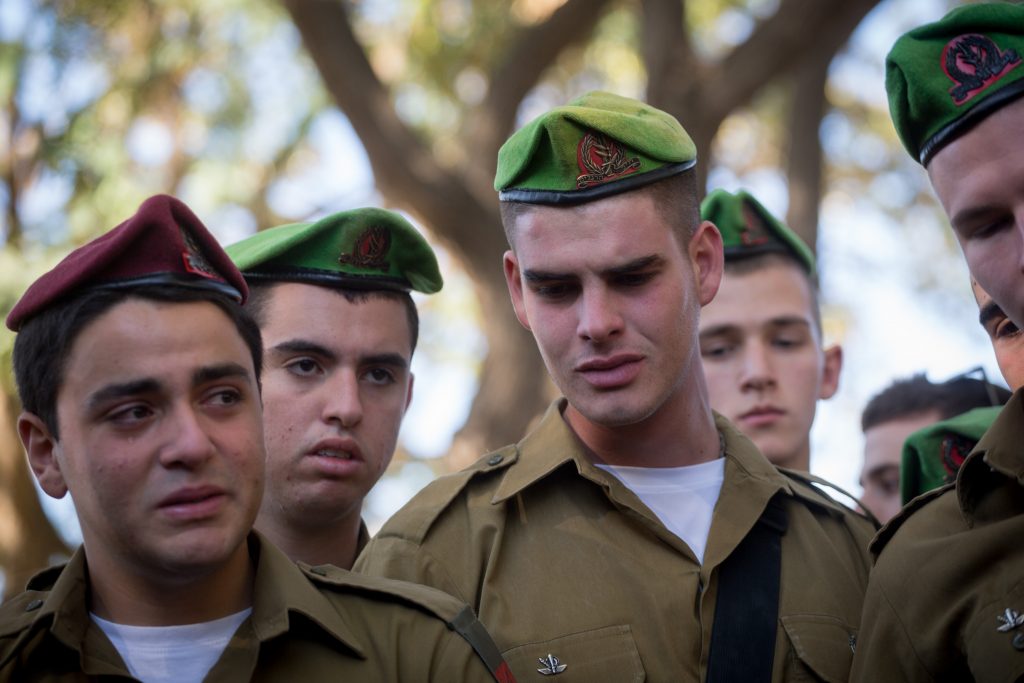 A Beer Sheva court on Tuesday convicted Khaled Abu Juda of murdering 19-year-old IDF soldier Ron Yitzchak Kukiya, Hy”d, in November 2017. Kukiya was stabbed to death as he waited for a bus in Arad. The court ruled that the murderer had nationalistic motives. Sentencing will take place at a later date.

Commenting on the conviction, Boaz Kukiya, father of the murdered soldier, said that the punishment needed to fit the crime. “We will demand the death penalty in order to show potential terrorists what will happen to them. We will also demand that the terrorist’s citizenship be revoked, and that his father be executed as well. This is not a private issues. Terrorism is something that can and has hurt all of us,” he added.

Kukiya was stabbed in the neck as he waited at a bus stop in Arad. Juda apparently stole his weapon and absconded. Kukiya, badly injured, sought help from a passerby, who called rescue forces. The soldier was treated on site and then taken to a Be’er Sheva hospital, but was niftar en route. Juda and his brother Zahi were arrested a night after the murder. The Shin Bet said that the two had been tracked down as the result of intense intelligence activities in a joint investigation with the IDF and Israel Police.

According to the indictment against Juda, the terrorist desired to avenge IDF activity against Hamas terrorists in Gaza. He first planned to “raid” an Israeli hospital and kidnap a soldier, holding him hostage while demanding the mass release of terrorists from Israeli prisons, but decided the plan was too dangerous. Instead, he consulted with his brother on carrying out a murder, and the two searched the area near their Bedouin village in southern Israel for victims. They searched bus stops and cafes, looking for soldiers they could kill, but were unable to find any.

The search continued for several nights, until November 30th, when they spied Kukiya sitting on a bench at a bus stop. Juda called his brother to tell him he had found his victim, got out of the car, and advanced on Kukiya, whom he stabbed from behind. The soldier tried to defend himself and subdue his attacker, but was unable to do so because of his injuries. Khaled then ran away, grabbing Kukiya’s weapon, and took refuge in the Bedouin village of Ksiffiya.

Meanwhile, passerby tried to help the soldier and called rescue services, but the soldier was niftar before he could be brought to the hospital.

After the murder, the heads of Bedouin Negev communities apologized to Arad residents for the actions of the murderers. Speaking for the group of five mayors of Bedouin towns, Hura Mayor Muhammad al-Nabari said that “this incident has shocked all of us. We say in a clear and loud voice that the perpetrators of this attack must be removed from our society. Such actions must be totally rejected. We are with you, the residents of Arad, all the way.”

Rahat Mayor Talal al-Karnawi said that “the pain the family is feeling is the pain we are feeling. We totally reject actions like these. We have coexisted with Jews for 70 years, growing and developing together. This murder shocked us no less than it shocked you. We do not educate our youth to act in this way.”