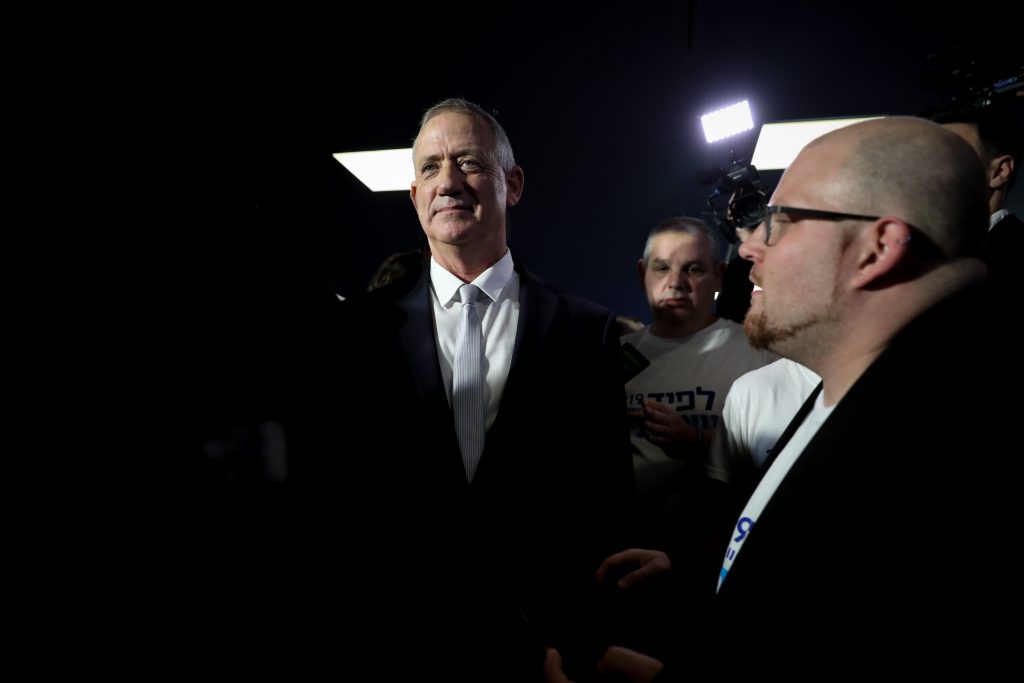 Israeli Prime Minister Binyamin Netanyahu gave his Likud party its marching orders on Sunday at a meeting to prepare for the launch of the official election campaign.

PM Netanyahu stressed the already familiar themes from skirmishes with Gantz’s Blue and White party in recent days, to disabuse voters of the false impression that former IDF Chief of Staff Benny Gantz is a center-right candidate, and not to be distracted by corruption allegations that are baseless.

“Lapid and Gantz are trying to conceal and disguise, as if they aren’t left-wing,” PM Netanyahu told Likud lawmakers. “If we clarify that truth to the public, Likud will be able to close the gap and win.”

He was referring to the latest polls that show Blue and White surging ahead of Likud in the wake of Attorney General Avichai Mandelblit’s announcement last Thursday to seek indictments against him.

“The media is trying to hide all sorts of things about Gantz,” Netanyahu charged. “They hide the fact that a year after Operation Protective Edge [in Gaza in 2014], Gantz participated in a memorial ceremony for the thousand Hamas terrorists killed in the operation.”

He was referring to a coexistence concert held near the Gaza Strip in 2015, dedicated to Israeli and Palestinian victims of the war. The IDF and Foreign Ministry said that out of about 2,100 Palestinians killed, 936 were members of terror groups, 761 were civilians and 428 others weren’t identified conclusively as either. Palestinian and U.N. figures say the dead only included between 250 and 500 jihadists.

PM Netanyahu also quoted Gantz as saying that he risked his soldiers’ lives to avoid hurting Palestinian non-combatants during the 2014 war, further proving he’s a “leftist.” The case in question was a decision by Gantz to hold off a strike on a Gazan hospital from which missiles had been fired at Israeli cities until confirmation that it was empty.

“And today we hear that Lapid and Gantz say they won’t sit with us but will sit with [Arab MK Ahmad] Tibi,” Netanyahu claimed.

This was based on a remark made by Blue and White member Michael Biton that his party would invite the Hadash-Ta’al MK to its government.

However, it was said sarcastically in a radio interview on Sunday morning, presumably not meant to be taken seriously:

“If Tibi will agree to the framework of a Zionist Jewish and democratic government — he’ll be welcomed.” Biton said of Tibi, a notorious anti-Zionist.

As for the legal cloud over him, PM Netanyahu was dismissive: “The media will do everything so that the left wins. They waited for the attorney general. The mountain [of bribery allegations] has given birth to a mouse, and that mouse will soon run away.”