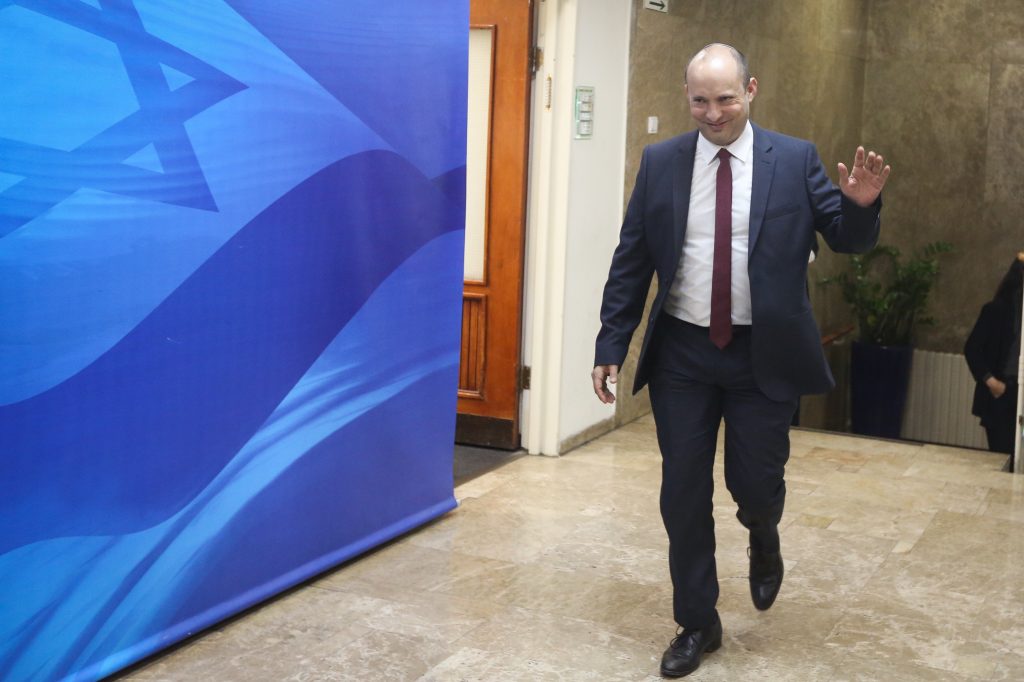 A legislative proposal to protect a sitting prime minister from legal prosecution has fueled further controversy over the cases against Binyamin Netanyahu that hang over the April elections.

The bill, introduced by Knesset Interior Committee chairman David Amsalem (Likud), would provide immunity for an incumbent prime minister from investigation of “minor” offenses. Inspiration was apparently derived from a French law which protects the head of state against legal action involving matters that do not affect national security or grave personal immorality; he would be safe from corruption allegations such as those which that have been plaguing PM Netanyahu.

The prime minister “must make fateful decisions about matters that influence the entire public on diplomatic, security, economic and social matters. We can’t keep him busy with investigations almost every day,” said Amsalem.

“I don’t know one democratic country in the world in which its prime minister stars in news about investigations and strange and unusual scandals so often,” he lamented. “No one really believes that the whole world is just and there are thieves only in Israel.”

Reaction to the proposal has been mixed, even among PM Netanyahu’s supporters on the right-wing.

National Union party chairman MK Bezalel Smotrich came out in favor of Amsalem’s bill: “We will support it,” declared Smotrich. “If Netanyahu wins the public’s confidence in the upcoming elections in order to form a government and head it, it will be necessary to enact a law that will postpone his trial.”

According to Smotrich, such a law is necessary “in order to serve two critical interests: 1. Respect for the democratic decision and the will of the people. 2. Optimal administration of the state by whoever is elected without this being hindered in the conduct of legal proceedings.”

“These two public interests override the interest in the immediate realization of the law in crimes that, even if proven (and they are still far removed from it), are at the lowest level of criminal offenses, and everything else will harm humanity or democracy (the overthrow of an elected prime minister) or the administration of the state (in which the PM must govern in parallel with legal proceeding), or both,” Smotrich said.

But New Right leader Naftali Bennett said that while he would endorse Netanyahu for the next prime minister, he would not support retroactive legislation that would protect him from prosecution.

“We are generally supportive and are willing to consider legislation that isn’t retroactive,” Bennett said, but stipulated that his party “will not support a law that will affect the current situation.”

Meanwhile, he is for the prime minister. “Until a final indictment is filed, there is nothing to discuss,” Bennett told Israel Radio.

“We will tell the president we recommend Netanyahu to form the government.” In the event an indictment is eventually filed, New Right would then convene and make a decision, he said.

Bennett did not lose the opportunity to exploit the situation, though. “Some of the Likud voters have left the right-wing bloc and joined Gantz in the left,” Bennett said. “I am very concerned by the left-wing bloc’s growth at the expense of the right.”

Addressing those voters, Bennett said: “Don’t hurt the bloc — whoever doesn’t want to vote Likud should vote for New Right.”

However, according to a spokesman for the Likud, the issue of retroactivity was irrelevant. He said that laws do not apply retroactively and would not affect investigations already under way, adding that the bill was not coordinated with the prime minister.

Former Meretz chairwoman Zehava Gal-On mocked Amsalem’s statement that no other country has so many investigations of prime ministers, saying he should be concerned that the premier needs to be investigated so often: “But in Amsalem’s eyes, the prime minister is totally fine, and the systems of justice and equality need to be shaken up.”

“When a criminal investigation is opened, even in a ‘minor’ offense, we can’t know where it will go, but when it’s not opened, it won’t go anywhere.

“The law already states that investigations of the prime minister and MKs need the attorney-general’s permission so there’s no concern of fake investigations,” she argued.

MK Nachman Shai (Labor) said the law would be undemocratic.

MK Itzik Shmuli (Labor) called the bill “a new standard of disrespect for the public and harm to the rule of law,” saying: “We can shorten the process and just say that Netanyahu and his son can rule Israel forever and won’t have to follow the law.”

At this rate, he said, “Israel will be like Erdogan’s Turkey.”

Not everyone in the Likud itself is happy with the idea. Veteran MK Benny Begin told Army Radio on Sunday that he was “deeply troubled” after reading Mandelblit’s 57-page summary of the allegations against PM Netanyahu.

“When Netanyahu says Mandelblit is ‘just flesh and blood,’ ” he insinuates that Mandelblit is “a doormat succumbing to pressure and cooperating with schemes plotted against him by police and the prosecution. I think those are very serious things to tell a high-ranking public official, and they are baseless.

“Mandelblit didn’t surrender to the former prime minister nor to the current one,” Begin added. “We know he has a backbone and serves the public loyally and carefully, and that he won’t obstruct justice.”

Outside party lines, the Israel State Attorney Association blasted Netanyahu in a similar vein: “We denounce with disgust the grave personal attacks by the prime minister and other senior officials on attorneys and Israel’s state prosecution.”

It was referring to Netanyahu’s accusation on Thursday night that state prosecutors Shai Nitzan and Liat Ben-Ari had “pushed especially hard to indict me,” for political reasons.

“This [criticism of Nitzan and Ben-Ari] crosses all red lines,” wrote the association chair, Orit Korin. “Israel is a democratic state in which criticism, including of the state prosecution, is legitimate and necessary. But there is a big difference between that and wild personal attacks against honest people whose only guiding principles are justice and law.”

“I call for those attacks to be halted,” Korin added, adding that “in addition to personally harming individual prosecutors, they significantly harm the rule of law in Israel.”

Justice Minister Ayelet Shaked also vouched for the integrity of the prosecutors:

“I know the attorney general and his team, including Shai [Nitzan] and Liat Ben-Ari,” Shaked told Channel 12. “These are not people who are politically oriented. They make their decisions for the proper reasons.”