Israel UTJ Announces Will Not Join Government with Lapid
Israel 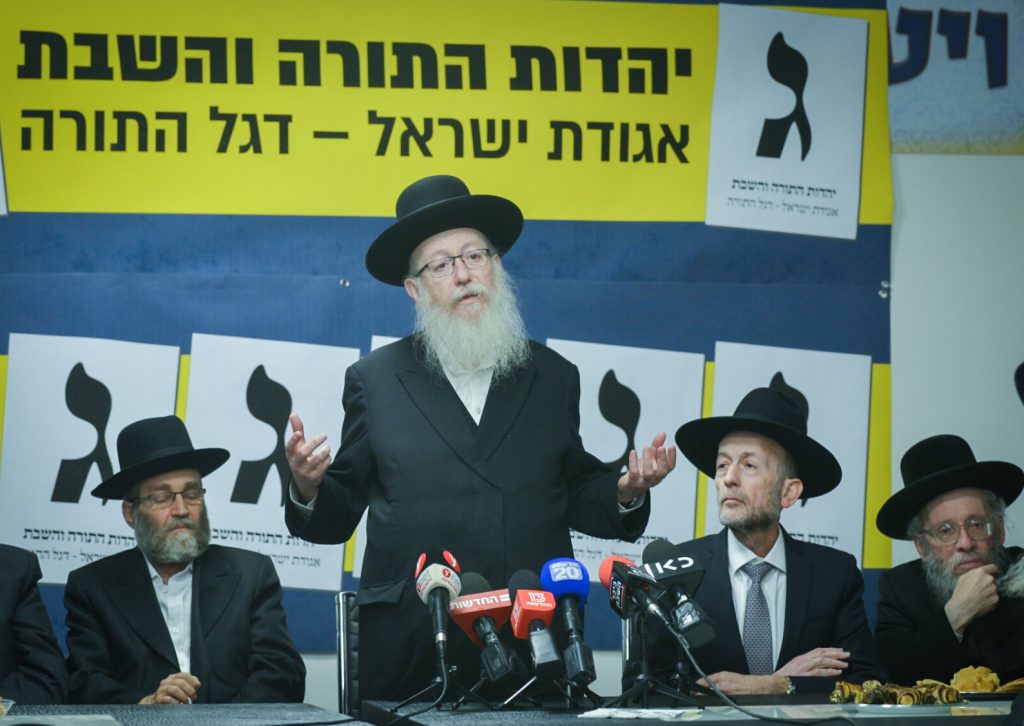 “We won’t join any government which has Lapid in it, absolutely not,” Rabbi Litzman said. “A person who smears us, who was Finance Minister for two years, who took our money and gave nothing to the healthcare system,” he told a gathering to launch the UTJ campaign.

MK Rabbi Moshe Gafni, who chairs the Knesset finance committee, said the UTJ would only back a government led by PM Binyamin Netanyahu.

“We’re going with Bibi Netanyahu. I suggest you stop asking us these kinds of questions.”