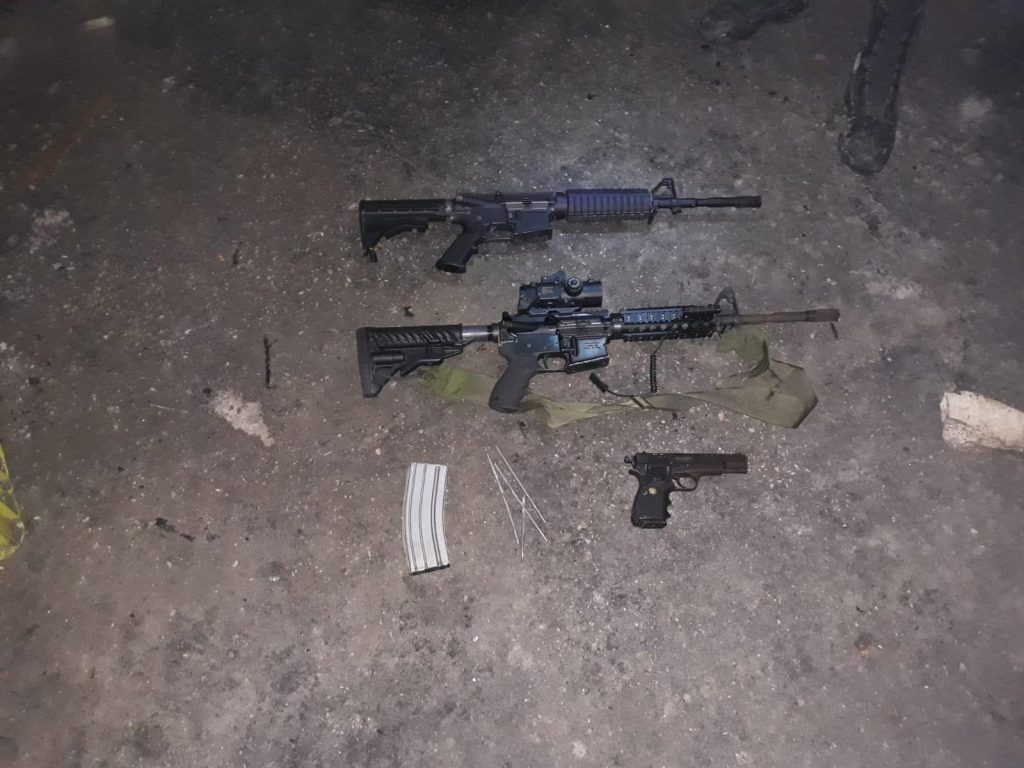 IDF soldiers and Israeli Police overnight Monday raided several Palestinian Authority “chop shops,” where cars stolen from Israelis are brought for dismantling or refurbishing. The vehicle parts are then sold on an aftermarket, both in Israel and abroad, while the vehicles that are not dismantled are either used inside the PA or shipped to other Arab countries.

Soldiers raided chop shops in the Chevron area and found stolen vehicles and engines. Soldiers confiscated the vehicles and the parts, as well as the equipment used by the chop shop. Several arrests were made. In a statement police said that they would “continue its determined and uncompromising efforts against these gangs that pose a threat to the lives, security and property of Israelis. We will continue to work to make citizens more secure.”

Security officials said they found weapons and arrested 22 wanted security suspects in other areas in Yehudah and Shomron overnight Monday. The suspects were wanted for participating in rioting and throwing stones and firebombs that endangered Israeli civilians and IDF soldiers. Several of the suspects were also charged with belonging to Hamas. All were being questioned on their activities by security forces.