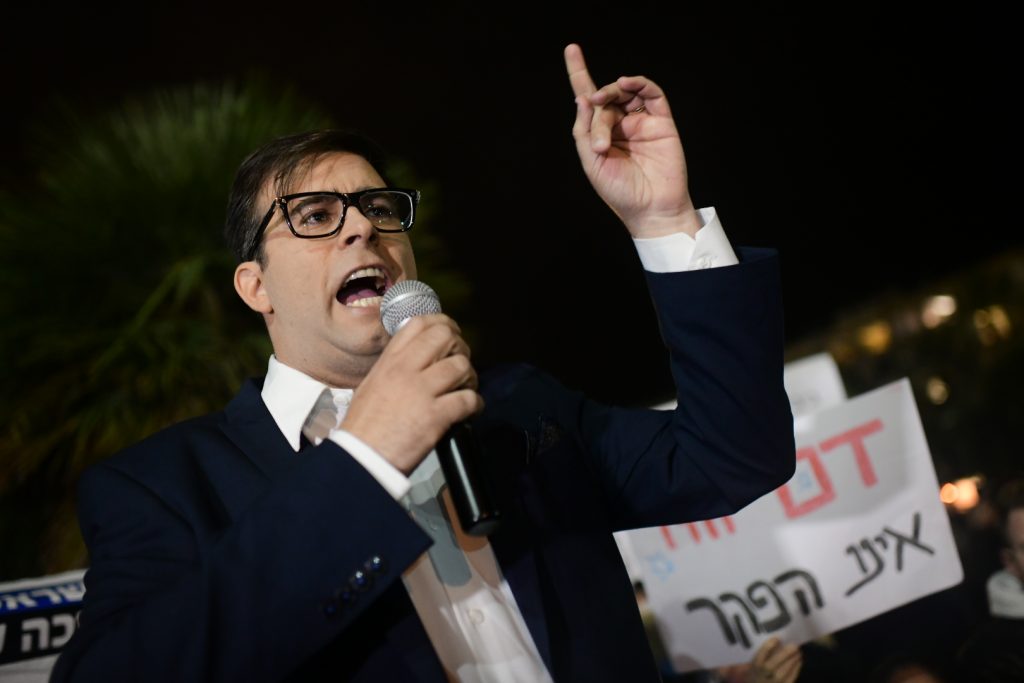 MK Oren Hazan announced on Monday his intention to leave the Likud and run for the Knesset as head of Tzomet, a secular right-wing party that has failed to meet the electoral threshold during the past 20 years.

Hazan explained that the decision was in order “to save right wing votes so that they won’t be lost, to unite the right so that we may keep on leading the nation.”

“I call any true right-wing party that doesn’t yield to American pressure … to join my path. I promise to give them good slots on the list,” he said.

Hazan, who frequently called attention to himself in undesirable ways, including verbal abuse of other MKs, and has been disciplined by the Knesset Ethics committee, did not receive a high enough position on the Likud list to give him a realistic chance of returning to the Knesset.

He also said that the party will publish its principles in the next few days and that its main values will be “the fight against corruption and the value of integrity.”