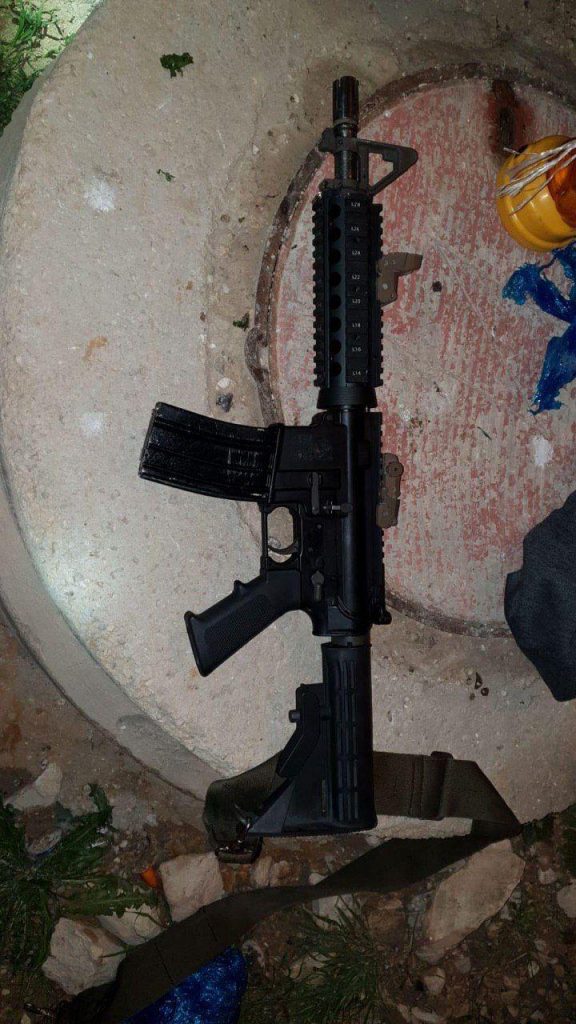 Police overnight Tuesday seized weapons that were to be used in terror attacks. Several weapons and accessories were seized from Arabs, two brothers living in an Arab neighborhood of Yerushalayim. A search of their home yielded several shotguns, ammunition, and telescopic sights for shooting long distance. Police said that it was likely the two were planning a terror attack. They were being questioned by security forces. Their remand has been extended through at least Thursday, police said.

IDF soldiers overnight Tuesday seized weapons in the Arab town of Takoa, near Gush Etzion. Among the weapons was an M-16 rifle. The owner of the house was arrested and questioned on what the weapons were doing there. In a statement, the army said that such weapons were used in terror attacks as well as for criminal activity, and that security forces were determined to seize all weapons that were being held illegally by all people, in order to better protect all Israelis and residents of Palestinian Authority-controlled areas, who are also under threat by terrorists and criminals.