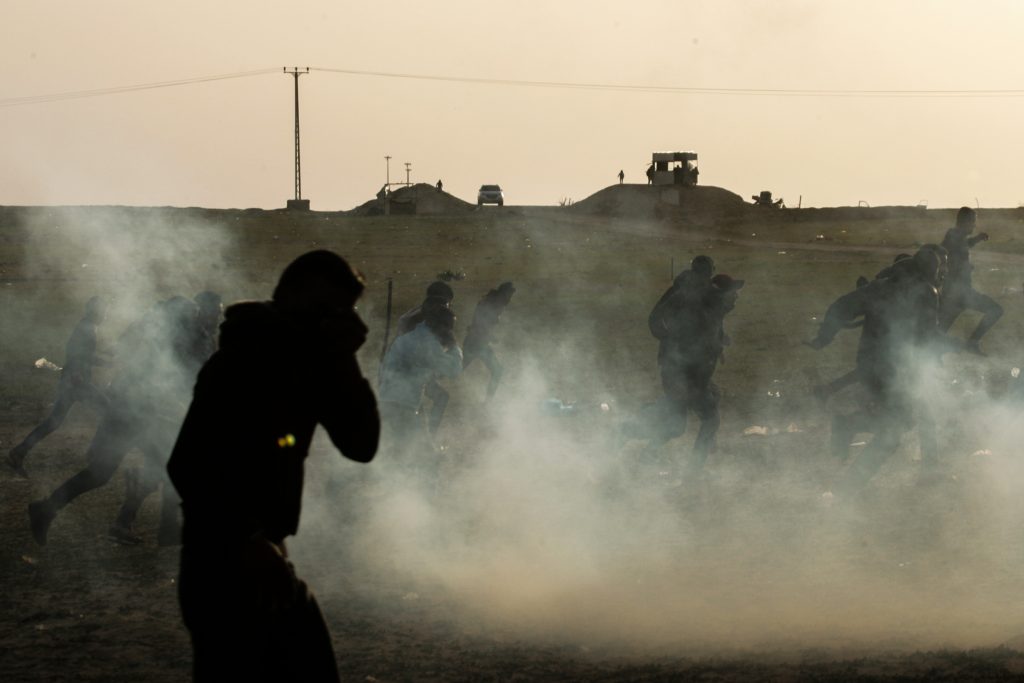 Israel over the weekend warned Hamas that it had better stop organizing riots along the Gaza border. A report on Channel 12 news quoted top Israeli security officials as telling the Gaza terror group that Israel would set out on a military operation against it unless the riots stopped.

That elections were imminent made no difference, the officials said. “Israel can take difficult decisions even during election campaigns. We will not hesitate to go to war if necessary. The elections will not hold us back,” they said.

The warning came after some 12,000 Gaza Arabs rioted Friday afternoon and evening. The rioters threw stones, bricks and firebombs at Israeli forces, who responded with anti-riot measures. Gaza sources reported 32 rioters injured in the 45th straight week of rioting at the border fence. No injuries were reported on the Israeli side.

A report on Kan News said that Hamas had decided to ratchet up terror and rioting in Gaza in the coming weeks, with the apex coming right before the elections. In preparation for accelerated levels of rioting, the report said, Hamas tractors were leveling the ground in northern Gaza, preparing staging areas for riots. Riots that have taken place in recent weeks were headed by Islamic Jihad, and not Hamas, the report said, with Hamas trying to tone down the riots in order to ensure efficient delivery of the Qatari cash. But now Hamas is planning to actively lead the riots, the report said.