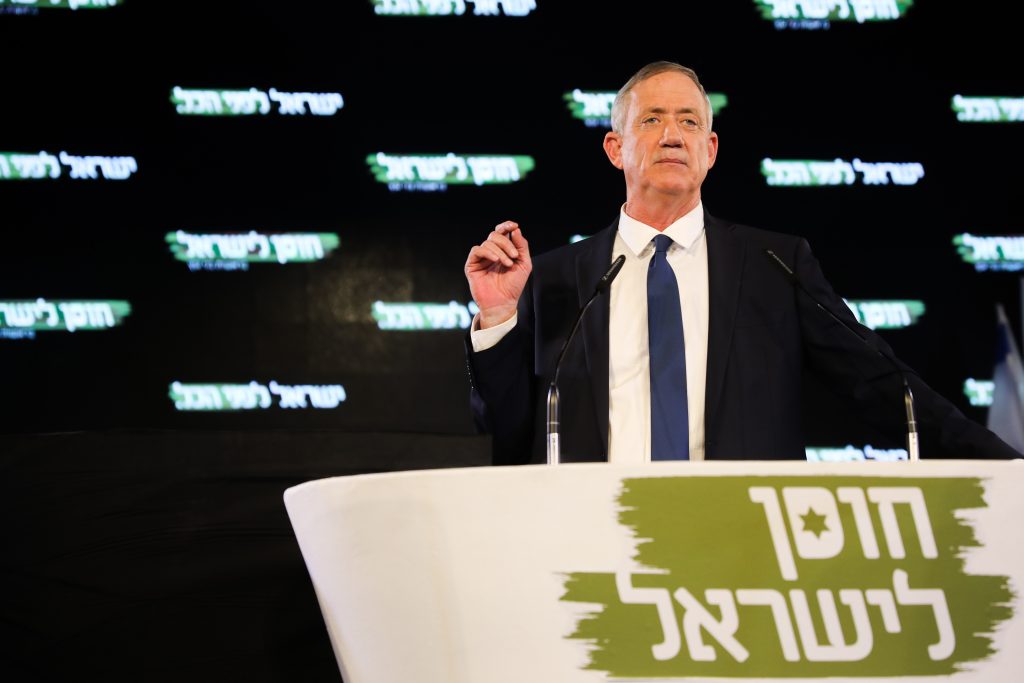 The long-awaited oratorical debut of prime ministerial candidate Benny Gantz dominated the Israel news on Tuesday night, as all networks turned to the Tel Aviv Fairgrounds to hear what the former IDF chief had to say.

There was nothing surprising in the speech, though, as Gantz promised that if elected he will launch a new, post-Netanyahu era, free from the cloud of corruption and divisiveness that surrounds the current government.

“There won’t be incitement against the judiciary, cultural institutions and the media. We won’t incite hatred against half a nation on the right or half a nation on the left. The days when bereaved families are used for political purposes are over,” Gantz pledged, in an obvious swipe at Israeli Prime Minister Binyamin Netanyahu, whom he did not refer to by name.

“In the government there won’t be wild attacks on the chief of staff, head of police and attorney general.”

He rejected as unacceptable the possibility that Netanyahu could continue to serve in office even if he is indicted.

“All my life I’ve been telling the truth.” he said. “I will not lend a hand to damaging integrity, and I will not close my eyes if I notice such damage. The very thought that a prime minister who has been indicted can serve in Israel is ridiculous to me. It will not happen.”

Gantz stressed what has also become a major theme of his campaign: his credentials in the field of defense and security.

“For 38 years I was a soldier and commander,” he said. “I can tell you security is achieved with deeds, not words.”

“In the hard Middle East around us, no one pities the weak, and only the strong survive.”

“The heads of the terror groups must know that Ahmed Jabari wasn’t the first and doesn’t have to be the last,” he said, referring to the former head of Hamas’ military wing who was killed in Gaza during Gantz’s tenure as IDF chief.

“I‘m proud of my country. I’ll never be ashamed of it. But lately, more and more people, on the right and left, feel embarrassed by the way our leadership behaves. A strong government unites, and doesn’t divide in order to rule,” Gantz said.