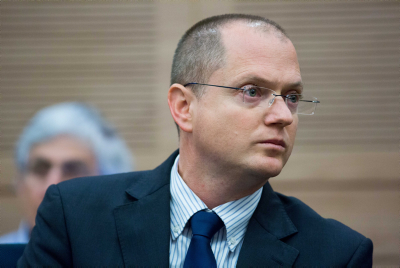 MK Oded Forer (Yisrael Beyteinu) is alleging that the Palestinian Authority is directly meddling in the outcome of the elections in Israel and is demanding that the Attorney General launch an investigation into these actions.

MK Forer asked Attorney General Avichai Mandelblit on Monday to launch an investigation against the Joint Arab List and the Palestinian channel Mosawa regarding the foreign involvement in Israel’s 2019 elections and violations of the Parties Financing Law.

Makor Rishon reported over the weekend that the Mosawa channel, known as a PA channel that broadcasts to Israel’s Arabs from Ramallah, has recently begun to promote a campaign for Joint Arab List chairman MK Ayman Odeh and his party. The report noted that the channel is funded by the Palestinian Ministry of Communications, and pointed out that the pro-Joint Arab List campaign is broadcast several times a day, every day. Furthermore, Odeh has uploaded the campaign to social media and has thanked the channel for its support.

Channel director general Firas Abd al-Rahman and the channel’s chief editor Mohammed Majadli said that the channel did not receive any payment for the campaign.

In his letter to the Attorney General, Forer wrote that not only does this constitute a prohibited elections contribution as defined by the Elections Law, but also a gross interference of a foreign and hostile political entity on the elections process, and the Palestinian Authority is now being provided with “an opening for political influence on the Knesset.”

Forer demanded a quick investigation into the matter, “so that we will not find ourselves turning our eyes to the heavens when we find in the Knesset lawmakers who are actually representatives of the Palestinian Authority.”