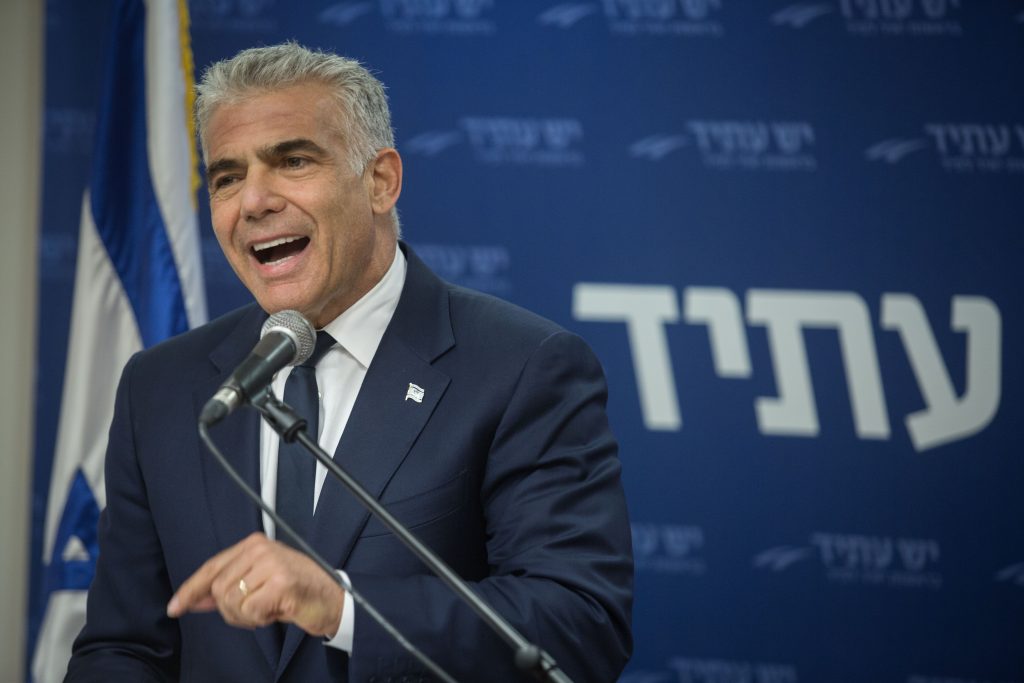 Tzipi Livni is not welcome in Yesh Atid, party head Yair Lapid said in an interview Wednesday. Speaking to Army Radio, Lapid said that although he eschewed a partnership with Livni, he would welcome one with Benny Gantz. “Gantz is a good man and he was a good IDF Chief of Staff,” said Lapid. “He comes with a reputation that even people who have not heard his views are familiar with.”

Although Gantz has so far not made many public policy pronouncements about his plans for the country, and his Israel Resilience Party has yet to issue a platform, Lapid is convinced that Gantz is not a leftist, but a centrist like himself. “I have been speaking to Benny, and I want to calm everyone down. I understand why the journalists are asking about our running together, but I don’t think anything will happen with that before February. We have to wait for the political field to even out. Many new parties have been announced, and we have to see which ones will fall apart and which will actually run.”

Livni, on the other hand, is not the right person for Yesh Atid. “Livni is a leftist, I cannot have a political movement with her. Just as I wouldn’t join a right-wing government led by Netanyahu, I wouldn’t join one led by the left,” Lapid said. He added that even if Netanyahu formed a centrist government he would not join if the State Attorney recommended that he be prosecuted in one of the corruption cases he is being investigated for – even before an indictment was issued, or before Netanyahu had a hearing before the State Attorney where he could submit his version of events. Under the cloud of suspicion, Netanyahu “would not be able to deal with the real issues in Israeli society,” Lapid said, adding that “world leaders will not treat Netanyahu as a worthy leader.”

In response, the Likud said that a merger between Lapid’s and Gantz’s party “is not a matter of ‘if,’ but ‘when.’ If the Likud is not the biggest party in the Knesset, the government will be formed by Lapid and Gantz, and there will no longer be a right-wing government.”