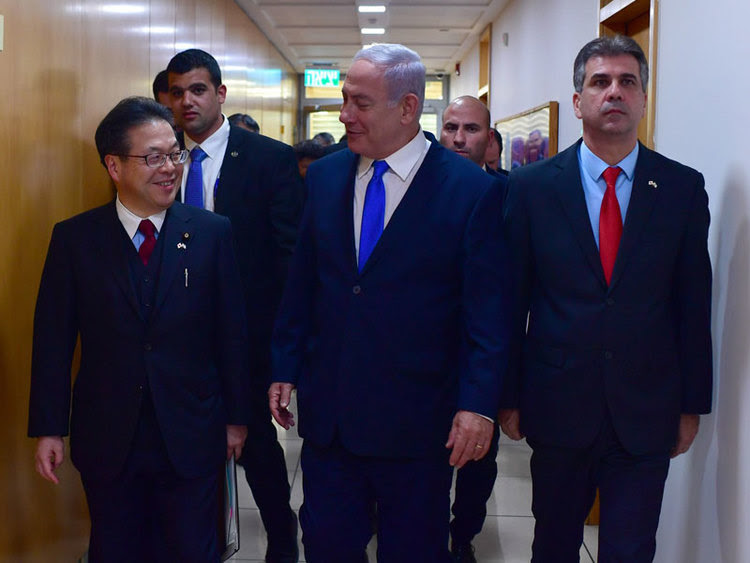 Japan and Israel upgraded bilateral ties on Wednesday with agreements for the development of digital health technologies and partnerships in the automotive and cybersecurity fields.

The visiting Japanese delegation, hailed as “the largest and most senior ever” Japanese delegation to Israel, was led by Minister of Economy, Trade and Industry Hiroshige Seko and included 150 senior Japanese businesspeople and approximately 90 representatives of major companies. Among those represented were Honda, Mitsubishi, Hitachi and Toshiba.

“Our relationship is a natural one. Prime Minister Abe and I agreed that we have to upgrade the economic relations and this visit is part of that. I welcome you and your colleagues. We want to see more trade, more tourism, more investments in both directions. Welcome to Israel.”

Israeli Minister of Economy and Industry Eli Cohen added that the goal for the coming year is to raise Israeli exports to Japan to above $1 billion. Israel is also striving to boost Japanese investments in Israel by helping 30 Japanese companies make investments in Israel in the next year, as well as help set up five new Japanese offices in the country.

In the next three years, Cohen said, the aim is to “at least double the trade volume between Japan and Israel.”