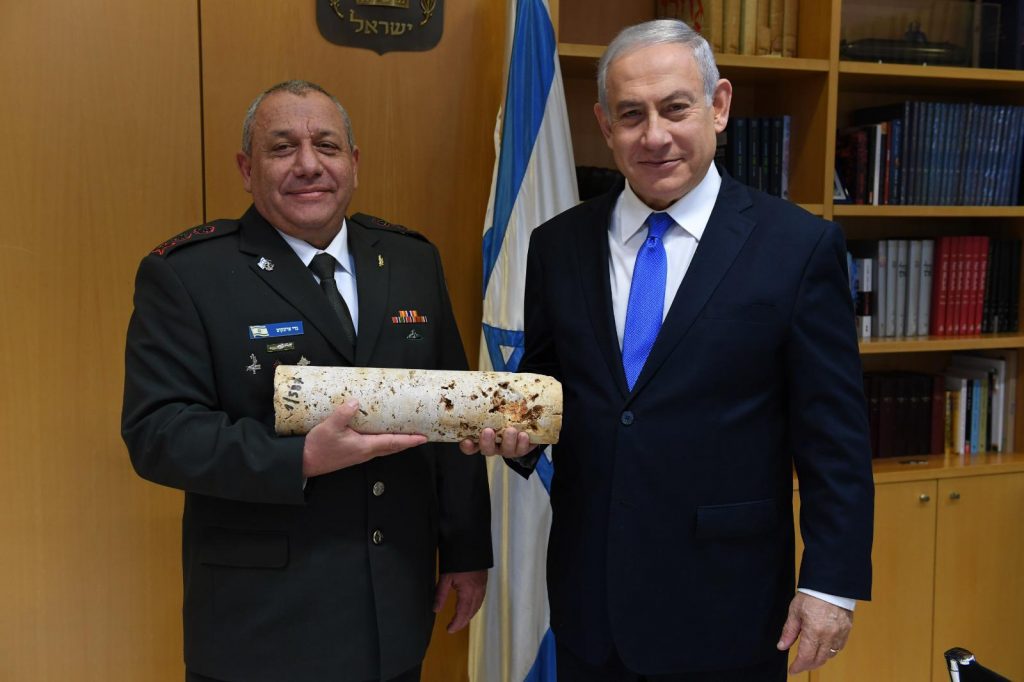 “My recommendations [to the government] were shaped by Israel’s security needs. There were never any political concerns behind my decisions; nor were there in the prime minister’s considerations” when it came to national security, Eisenkot said in remarks following the changing-of-the-guard ceremony at IDF headquarters on Tuesday, in which Gen. Aviv Kochavi took over as chief, The Times of Israel reported.

PM Netanyahu had said that he had delayed calling early elections until Operation Northern Shield, to locate and destroy the tunnels, was completed, saying that it would have been irresponsible to start an election campaign while the tunnels still posed a threat.

Eisenkot said the tunnels were a main component in Hezbollah’s plans for a surprise attack in which they would temporarily seize territory in Israel’s north. Destruction of six such tunnels represented a major setback for the terror group, and could forestall any such aggression for several years, he said.

Eisenkot also gave Netanyahu a more tangible going-away present, a core section from a drill that was used to locate a tunnel in Operation Northern Shield.