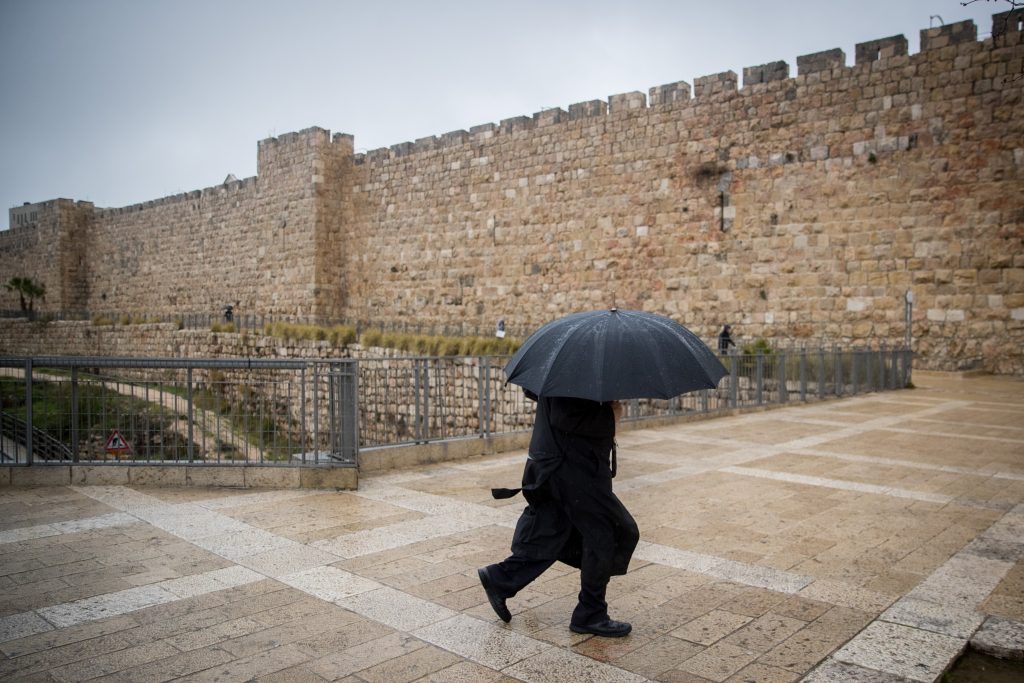 In past years, when rainfall has been middling, Rabbanim have called for extra tefillos to appeal to Hashem to send rain – so with this year’s surfeit of gishmei brachah, said Agriculture Minister Uri Ariel, it’s only fitting that Hashem be thanked for the bounty that has helped refill aquifers, streams and even the Kinneret to some extent.

In a letter to Chief Rabbis Harav Yitzchak Yosef and Harav David Lau, Ariel writes that “Baruch Hashem, so far this winter we have [already] received the annual average of rainfall, and winter is far from over. We thank Hashem for every drop. I would like to suggest a special day of thanksgiving for the rain that has fallen until now, and for prayers that the situation continue and that more gishmei brachah fall.” The appropriate day for this, he wrote, would be Tu BiShvat.

“After five years of relative drought, we must thank and praise Hashem for the rain. We are all especially happy over the increase in the level of the Kinneret, the snow on the Golan, and the green that we are seeing,” Ariel wrote. So far this winter, the Kinneret has risen nearly half a meter, while on Friday, the snow on the lower reaches of the Hermon was measured at 1.20 meters (four feet).