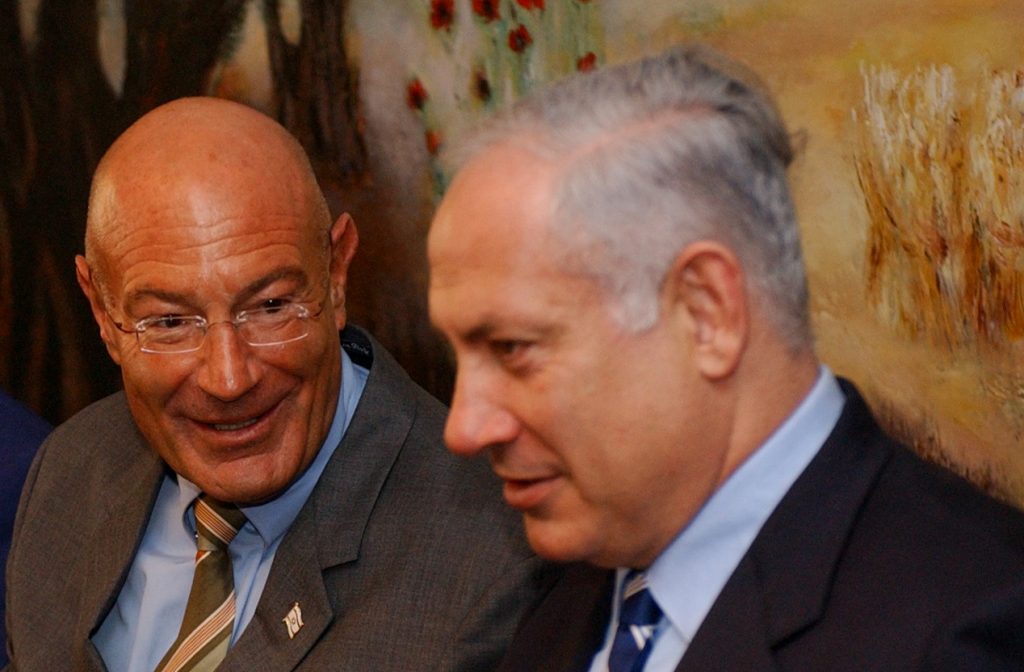 The matter in question was Case 1000, in which the prime minister is accused of arranging benefits for billionaire friends as payback for about 1 million shekels ($266,800) worth of gifts and favors, including from Israeli-born film producer Arnon Milchan.

Police recommended Netanyahu be indicted for bribery over lobbying of Kerry and Shapiro to restore Milchan’s 10-year visa to the U.S. after his application was turned down.

The report did not say why the U.S. rejected the request.

An Israeli legal official said the Justice Ministry would not appeal for a reversal of the U.S. decision.

“There is no such possibility. It is behind us,” the unnamed official told Haaretz.

Netanyahu repeatedly spoke with Kerry about Milchan’s visa request, and at one point in exasperation told Kerry, “This is ridiculous. Milchan contributed a lot to the American economy. Give him a visa,” he was quoted as saying.

The prime minister has maintained that he is innocent of all charges of wrongdoing and that the allegations are baseless.

Regarding Milchan, he acknowledged to police investigators that he had helped him, but claimed that he did so only because of the billionaire’s contributions to Israel’s security, the report said.