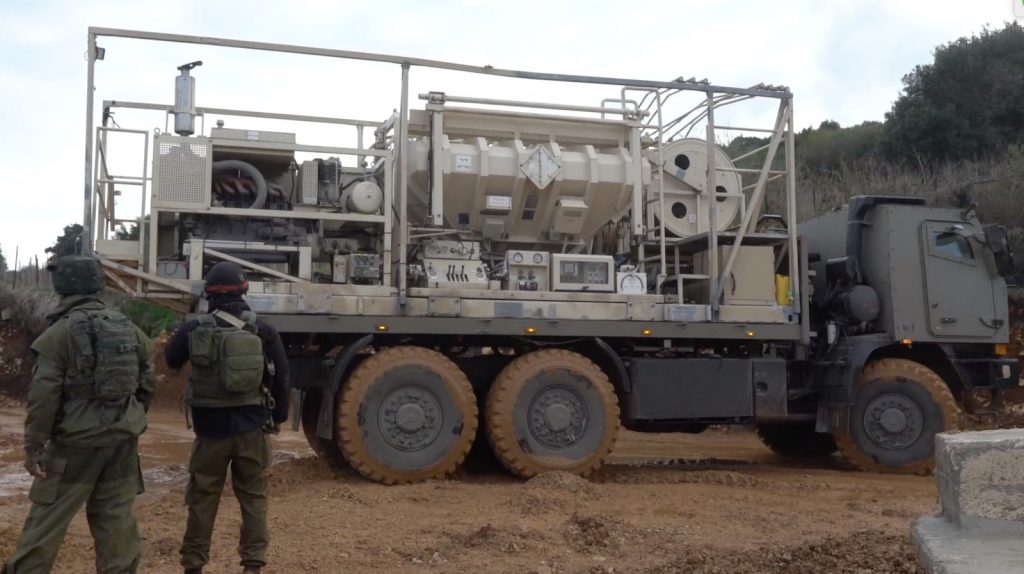 Explosions heard on Thursday night in the western sector of the Israel-Lebanon border were identified by an IDF spokesperson as part of the army’s operation announced earlier to neutralize cross-border attack tunnels dug by Hezbollah.

IDF spokesman Brig.-Gen. Ronen Manelis explained that while the operation is being carried out from Israeli territory, Hezbollah will not be able to access the tunnels from their side of the border.

The IDF warned Lebanese citizens in an Arabic video not to approach the tunnels on the border. “The IDF is blowing up an offensive tunnel into Israeli territory from the village of Ramiya,” said Major Avichai Ederi. “The IDF warns against civilians staying in the area of the tunnel route in Lebanese territory.”

The military said that Operation Northern Shield would continue “as planned” in order to identify and neutralize other tunnels dug along the border.