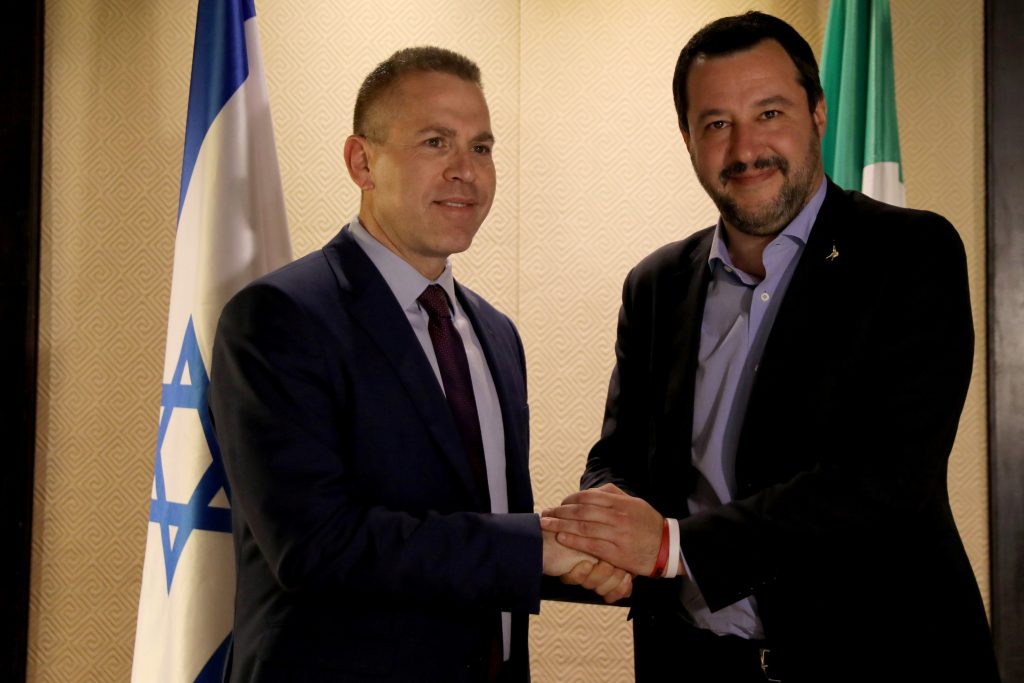 Italian Deputy Prime Minister Matteo Salvini landed in Israel on Tuesday, and promptly helicoptered to the northern border where he defended Israel’s right to defend itself.

Referring to the Hezbollah attack tunnels, he said: “There is a clear threat from the north. I repeat my condition, those who want peace, need to support and defend Israel.”

At a press conference later in Yerushalyim, Salvini took a swipe at the European Union, saying that “the EU has in recent years been entirely unbalanced, it has condemned and sanctioned Israel left and right, for every step it took.”

But the vocally pro-Israel visitor was not welcomed by everyone, due to his position as leader of the far-right Lega, the Northern League Party, which has made its reputation as an anti-immigrant movement.

Salvini was snubbed by President Reuven Rivlin, who claimed he could not find time to meet with him. Rivlin recently said in a CNN interview that Israel should not befriend “neo-fascists,” even if they are supportive of Israel.

She said PM Netanyahu “consistently and systematically strives to lead Israel to alliances with the most dubious figures in world politics at the expense of liberal democracies. Instead of freedom, equality and rights, Netanyahu reaches out to fascist, xenophobic and anti-Semitic leaders.”

The visits of Hungarian President Viktor Orban in July, and Philippine President Rodrigo Duterte in September, provoked a similar reaction.

At the press conference, Salvini proclaimed himself “proud to be in the capital of Israel.”

However, when asked whether Italy would be moving its embassy to Yerushalayim, he replied: “Currently I am very happy to be interior minister in our unity government, I am not foreign minister. I will deal with this issue if and when I will be foreign minister,” he said.