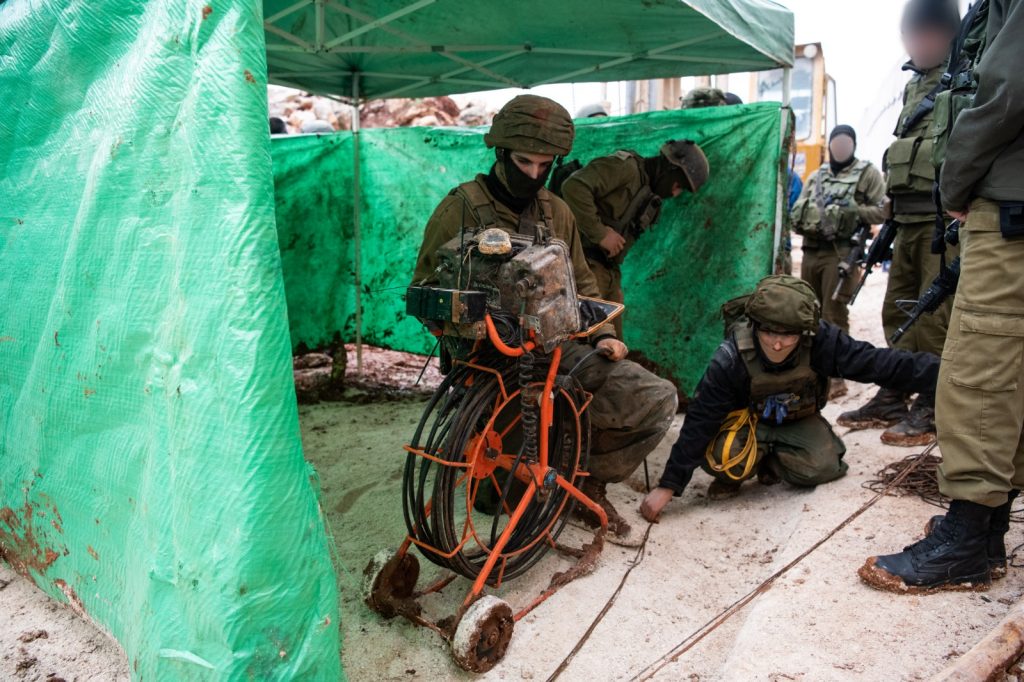 On Tuesday afternoon, IDF troops exposed another cross-border terror tunnel that crossed the Blue Line from Lebanese territory into Israel.

In a statement, the IDF said that the tunnel is under the IDF’s control and does not pose an imminent threat.

The IDF said that soldiers have placed explosives in the tunnel that was exposed.

This is the third cross-border tunnel that has been exposed since the beginning of Operation Northern Shield, last Tuesday. The army has also said it is aware of the existence of others, but has yet to fully expose them.

The IDF said the tunnel has been filled with explosives in order to ensure that it cannot be used by the Lebanese terror group.

“This is another blatant breach of U.N. Resolution 1701 and of Israeli sovereignty,” the IDF said. “Israel holds the Lebanese government accountable for the attack tunnels dug from Lebanese territory.”

The IDF refused to identify the location of this tunnel.

On Monday night, the IDF released audio recordings of what it claims are sounds of Hezbollah terrorists tunneling underfoot.

The recordings of seismic activity, the IDF said, are what led the joint task force of the Intelligence Directorate and the Northern Command to find the tunnels.

The laboratory is based on a similar unit stationed along Israel’s border with Gaza.