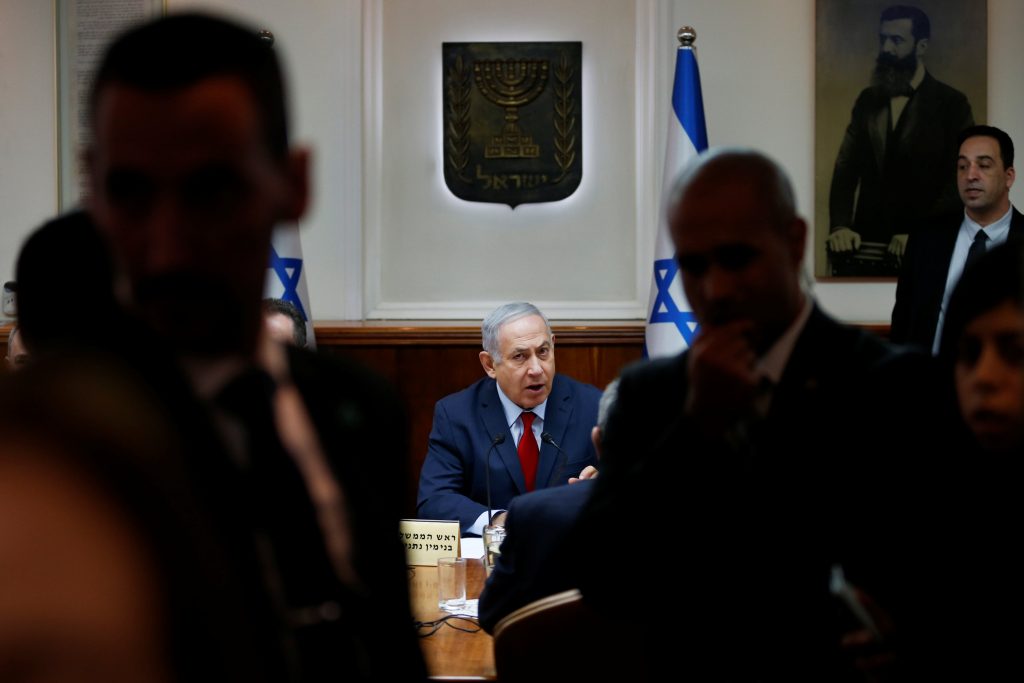 Israeli Prime Minister Binyamin Netanyahu’s coalition partners agreed on Sunday that fears of a conspiracy to deny him another term in office are real and legislation to pre-empt it should be advanced.

The bill would limit the president’s options in deciding whom to task with forming a new government following elections. It would mandate that he could only designate the head of a party, thus preventing a purported plan to tap anyone else in the winner’s party.

PM Netanyahu has credited the reality of such a conspiracy, though not mentioning former Likud minister Gideon Saar as the person likely to be chosen by President Reuven Rivlin if Netanyahu won the elections, according to media reports. Saar has dismissed the allegations as baseless.

PM Netanyahu told Likud ministers on Sunday that there were “loopholes in the current law that needed to be fixed,” without going into specifics.

The heads of coalition parties agreed to endorse the bill in its preliminary Knesset reading, with further discussions to be held on the matter, according to a Likud party spokesperson.

The decision comes after an Israel Radio report said coalition parties Kulanu and Jewish Home had told Likud that they would vote in favor of the legislation if Likud would call early elections.

Since becoming president in 2015, Rivlin has publicly differed with Netanyahu on a range of issues, though being careful not to attack him directly. Saar has long been regarded as a major contender to succeed Netanyahu as prime minister.