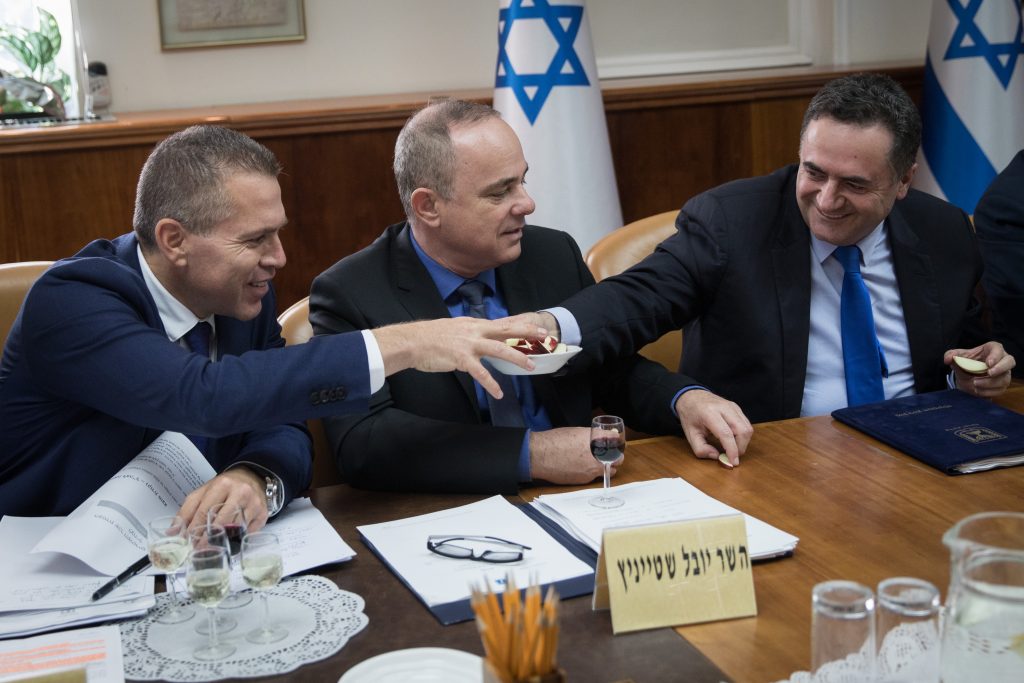 A little-noticed consequence of Avigdor Liberman’s resignation was a slight overpopulation of the security cabinet.

To solve the problem, it was announced on Tuesday that Energy Minister Yuval Steinitz and Environmental Protection Minister Zeev Elkin, both members of the security cabinet, will henceforth rotate each month, so that there will be no more than 9 members at any given time, thus conforming to the legal limit.