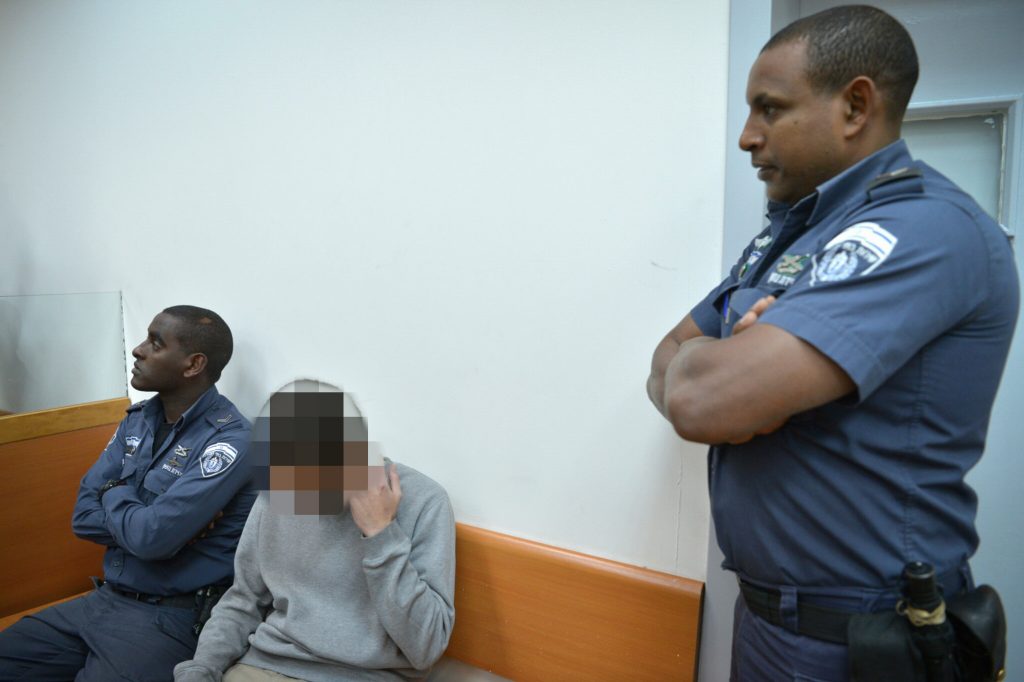 The parents of S., the 19-year-old Israeli-American citizen convicted of phoning in thousands of threats to Jewish community centers and institutions, schools, malls, airports, police stations and other institutions in the United States and elsewhere, are railing against the sentencing of their son to 10 years in prison by a Tel Aviv court – and as a result, the father of S. may find himself facing charges as well, legal observers told Yediot Achronot.

In a message to President Donald Trump, S.’s father wrote that the entire affair was a “conspiracy” by Israel, which had apparently framed his son. “I have a message to President Donald Trump,” said a handwritten message by the father obtained by the newspaper. “This was an almost perfect ‘Black Operation’ against you and the Jewish people around the world by your ally,” alleging that Israel was behind the thousands of threats attributed to S. Legal observers told the newspaper that such comments could trigger an investigation against the father for incitement.

S.’s mother told reporters outside the courthouse that she was shocked by the sentence. “This is a boy who had a growth in his head, and he is autistic. Even in Germany they would not put an autistic child in prison. This is very cruel. There were other similar incidents in places around the world and the young people involved were not sent to prison but to recovery programs. I am ashamed at the state’s behavior.”

Attorney Yoram Sheftel, representing the youth, said that the family would appeal. “This is an unprecedented decision. The courts go easy on Hezbollah terrorists, but give a cruel punishment to an autistic youth who has been diagnosed as completely unable to cope in society.”

S. was convicted five months ago of going on an extended campaign of calling Jewish institutions in the U.S. and posing as an anti-Semite, threatening that a bomb had been planted in the building, or that a shooting attack would take place. He also sent an email with a bomb threat to the Israeli embassy in Washington, the court determined. In addition, in January 2017 he called police in Georgia and claimed that he was holding people hostage in a house, and that he would kill them if he saw police.