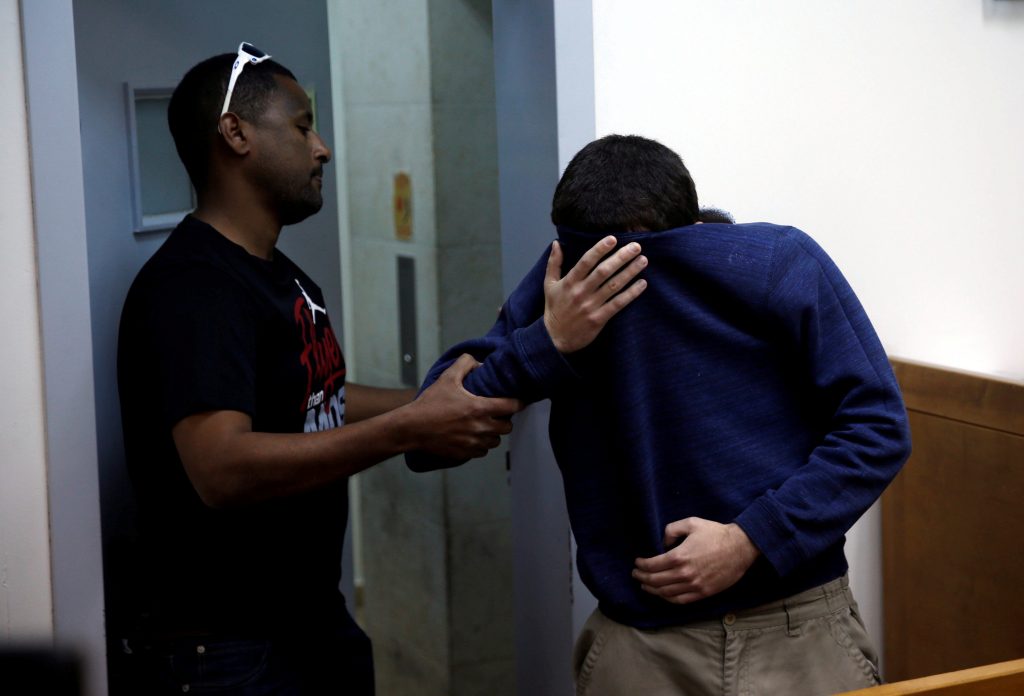 The 19-year-old Israeli-American citizen, known as S., who was convicted of phoning in thousands of threats to Jewish community centers and institutions – dubbed “the hacker from Ashkelon” – was sentenced to 10 years in prison on Thursday by a Tel Aviv court. He was also sentenced to an additional year suspended sentence, and a NIS 60,000 fine.

S. was convicted five months ago of going on an extended campaign of calling Jewish institutions in the U.S. and posing as an anti-Semite, threatening that a bomb had been planted in the building, or that a shooting attack would take place. He also sent an email with a bomb threat to the Israeli embassy in Washington, the court determined. In addition, in January 2017 he called police in Georgia and claimed that he was holding people hostage in a house, and that he would kill them if he saw police.

During the three years he was active, the court said, S. had called in thousands of threats to schools, malls, airports, police stations and other institutions in the United States and elsewhere. He was arrested in March 2017. Police said that he had used technological methods to hide his identity, as well as a device that changed his voice when he called in his threats.

Israeli and American investigators worked together to catch S. According to American officials, the youth advertised his services on several sites associated with the online hacking community, offering to threaten any school for $30. In Israel, investigators said that besides the threats, he had offered for sale fake passports, drivers licenses, and other documents, as well as drugs and other illegal items. He collected payment using Bitcoin and other virtual currencies which are generally difficult to trace. Officials said that he had millions of dollars in virtual currency among his holdings.

Last month, S. set off a stir when he was being transferred to a lockup in Yerushalayim, when he managed to slip out of his leg shackles and ran away. Police gave chase and found and apprehended him after a few minutes.

Doctors who examined S. said that he suffered from autism to a degree. In his conversations with doctors, he told them he had acted out of boredom, and that he “treated it as a game,” doctors told the court, adding that he had told them that he understood that he had done wrong, and promised not to do it again.