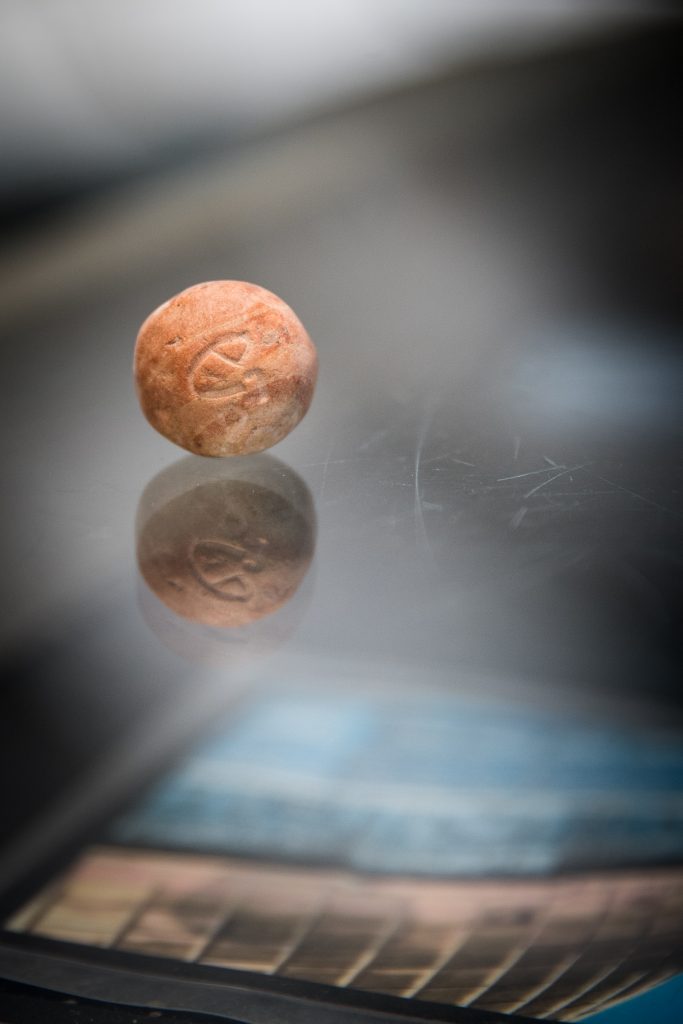 Archeologists have found what they believe to be a stone weight called a beka from the period of the Bais Hamikdash in excavations under way at the foundations of the Kosel.

Although similar small weights have been uncovered, this was the first to bear the exact inscription beka, in Hebrew, according to Eli Shukron, who directed the excavations on behalf of the Israel Antiquities Authority.

The stone was discovered in dirt taken from 2013 excavations under Robinson’s Arch, from a drainage canal under the Kosel.

The word beka appears twice in the Torah: first as the weight of gold in a nose ring given to matriarch Rivka in Bereishis, and then in Shmos (38:26) as a weight for the donation brought by the Jewish people for the maintenance of the Mishkan and the census.

This beka is the only example to date of the inscription being written in “mirror writing,” said Shukron, with the letters engraved from left to right instead of right to left. For example, the letter “bet” incised into the small stone is facing the opposite direction.

“This is the only one not written ‘properly,’” Shukron said, which leads him to conclude that the artisan who formed the weight also created seals, which are written in mirror script.

During Chanukah, the beka stone weight will be on display to the general public at the IAA’s sifting facility at the Emek Tzurim National Park.