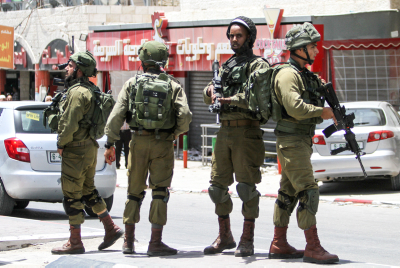 Palestinian Authority sources said that four PA Arabs were shot by IDF forces overnight Sunday. One of the Arabs was in critical condition, while the other three were lightly injured in the incident. All were in a hospital in Ramallah.

According to the PA sources, the four had been changing a tire at the side of the road in a village near Ramallah. The IDF has not commented on the story.

In Holon on Monday morning, an individual was gunned down outside a school. The individual, who was in his vehicle parked at the side of the street, was shot by two people on a motorcycle, who sped away. Police have opened an investigation into the incident. The identity of the victim has not yet been released.