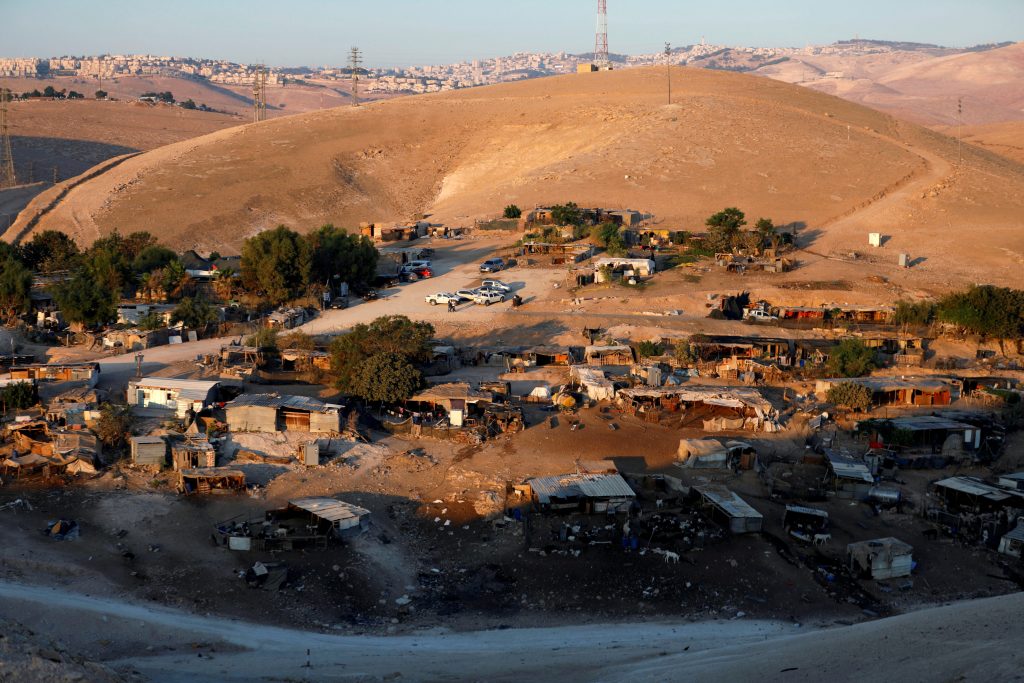 The High Court on Monday will hear another case involving the illegal takeover of state lands by Bedouin, and the failure of the state to act against the takeover. The site in question, known as Fire Area 917, is termed as an “essential territory for the security of Israel” by the Regavim group, which filed a lawsuit against the Civil Administration on its failure to enforce the laws against illegal Arab building,

Fire Area 917, located in the southeastern area of the Chevron Hills, spreads over some 55,000 dunams and contains hundreds of buildings, along with an access road – all illegally built, and funded, the lawsuit says, by foreign funds, including from the European Union, United Arab Emirates, and Saudi Arabia. It is located next to an area that the IDF uses for fire and weapons exercises.

Already in 1999, there were 500 buildings, but instead of taking action to demolish them, the Civil Administration ignored the matter, and in fact took steps to legalize the illegal building.

Even with that, the lawsuit says, the Bedouin have moved beyond the areas that the Civil Administration tacitly allowed building on. Now there are over 1,000 buildings at the site, and their presence in the areas where the IDF does drills has had a negative effect on the army’s ability to conduct exercises.

The lawsuit is similar to the one Regavim brought against the Bedouin village of Khan al-Ahmar. In October, after a nine-year legal saga, the High Court gave its final authorization for the demolition of the site, but the government decided not to enforce the demolition order. Like in Fire Area 917, Khan al-Ahmar is in a strategic spot – located right off Road 1, between Kfar Adumim and the Mishor Adumim industrial zone. Its residents were originally traditional Bedouin wanderers who settled in the area after the Six Day War. They had originally been seasonal residents of various areas of southern Israel, moving to different locations along with the seasons, and in the 1950s were moved further north by the IDF. Many Bedouin now prefer permanent housing, and the state has developed a plan that would provide legal housing for the village’s residents, which they have turned down.

Meanwhile, the Civil Administration overnight Sunday demolished a structure in the Binyamin region town of Yitzhar. The building was occupied, and witnesses told Channel 20 that Civil Administration officials entered the premises in the early hours of Monday and forcibly removed the residents. They were not wearing their name tags, witnesses said.

Angry residents directly blamed Binyamin Netanyahu – who, besides being Prime Minister, is now Defense Minister, and is responsible for the Civil Administration. “The new defense minister, whose slogan is ‘tough against Hamas,’ in his very first act on his very first day on the job destroyed a home in a Jewish town, instead of acting against terrorists who harass us again and again. While they demolish our homes, the homes of the terrorists who kill Israelis remain standing,” said Uriah Cohen, Yitzhar local council head, adding “Netanyahu, have you taken care of Khan al-Ahmar yet?”