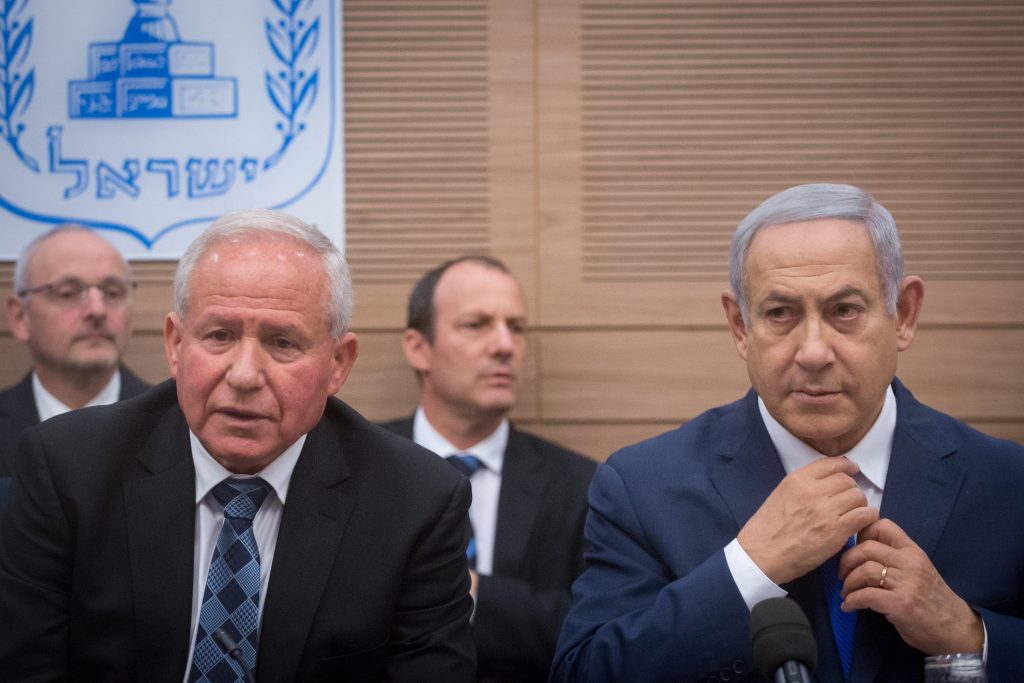 Hinting at further action in Gaza, Prime Minister Binyamin Netanyahu – appearing for the first time in his capacity as defense minister, a task he took upon himself Sunday night – told the Knesset Foreign Affairs and Defense Committee that Israel’s work in Gaza was not complete.

“We are in the midst of a campaign that has not yet ended. Whether or not our coalition partners decided to break up the government, we will continue to act on behalf of the security of Israelis,” Netanyahu said at the opening of the meeting.

Netanyahu was speaking shortly before a much-awaited press conference Monday, in which Education Minister Naftali Bennett and Justice Minister Ayelet Shaked said they would not resign their posts, which would thereby have broken up the coalition, as many had expected. The expectation had been that the two would indeed submit their resignation.

In his remarks a short time later, Bennett said that in a conversation with Netanyahu Friday about appointing him to the post of defense minister, the Prime Minister had promised to deal more effectively with the security issues facing Israel.

“The ball is in Netanyahu’s court,” Bennett said. “Over the next few weeks we will see if the revolution that the prime minister has promised will take place. Will we remove Khan al-Ahmar? Will it be clear that it is not worth murdering Jews in the Land of Israel?”

The meeting was closed to the press, but after it concluded, Channel Ten reported that among the topics discussed was the situation in Syria. “Russia has no leverage to remove Iran from Syria,” Netanyahu said. “The data that we have indicates that the amount of Iranian arms being transferred to Hezbollah has gone down significantly in recent months. As a result we don’t need as many missions by the Air Force” in Syria or Lebanon, he said.