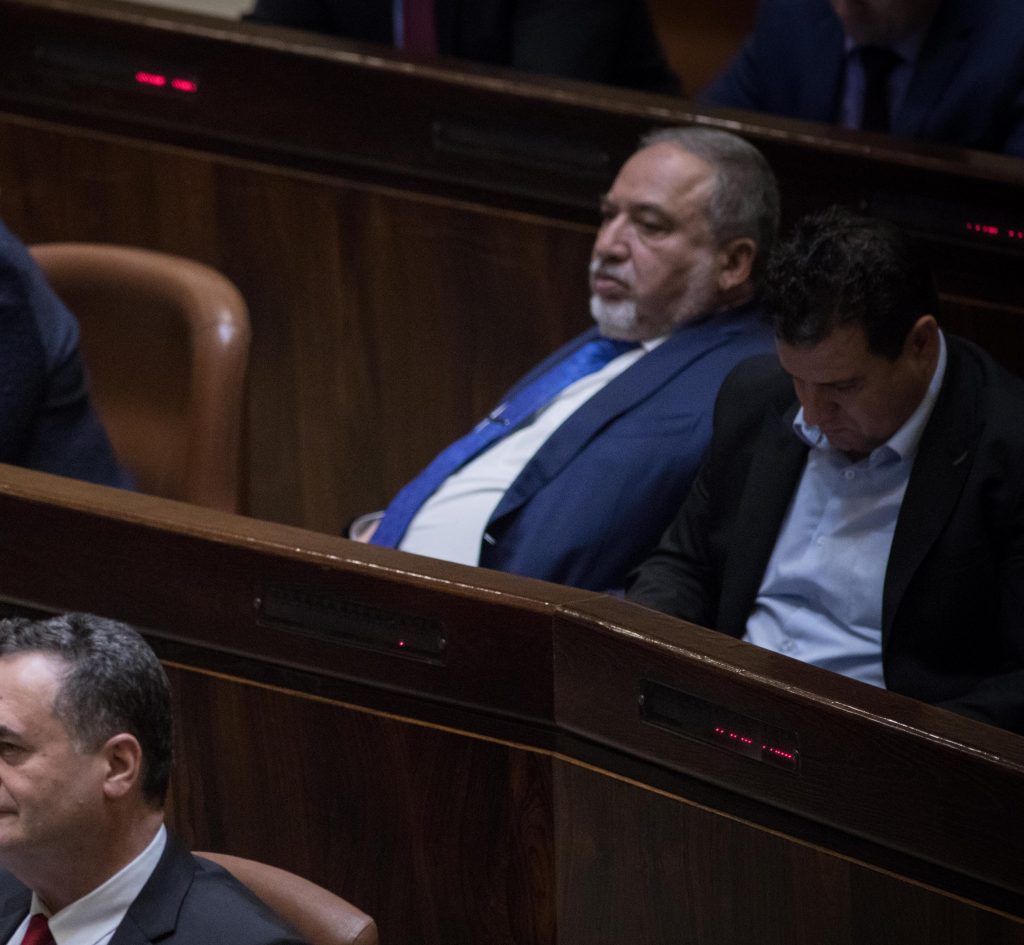 Former Defense Minister Avigdor Liberman continued sniping at the government on Monday from his seat in the opposition.

Liberman derided Israeli Prime Minister Binyamin Netanyahu’s hint earlier in the day that strong military action was on the way.

“I was amazed to hear about the imminent campaign,” he told his Yisrael Beytenu faction meeting. “This government is not concerned about security but merely in its own survival.”

Regarding the decision of the Jewish Home party to stay in the coalition, despite repeated criticisms of Gaza policy, Liberman said:

“I listened to the ministers Naftali Bennett and Ayelet Shaked. There is no connection to responsibility or security. Bennett and Shaked stuck to their seats at any cost.”

Also on Monday, when asked about backtracking on the ultimatum they presented Netanyahu with, Shaked admitted that they might have handled things more smoothly, but “sometimes you get what you want, sometimes not.”

As for Liberman’s resignation, Shaked said that in her opinion Liberman made a mistake, the Jerusalem Post reported.

Meanwhile, Liberman returned to the Knesset as an ordinary MK after two and a half years as defense minister.

He was caught on camera looking rather glum, seated with the opposition, next to Joint (Arab) List leader Ayman Odeh, whom he has often branded, along with his party colleagues as “terrorists.” Liberman is shown in the picture with his back to Odeh.

Odeh noticed and tweeted a photo of himself looking less than delighted to be sitting next to Liberman.

Recently resigned from the Defense Ministry, Avigdor Liberman was seated next to Ayman Odeh, chairman of the Joint (Arab) List, in the Knesset, Monday.