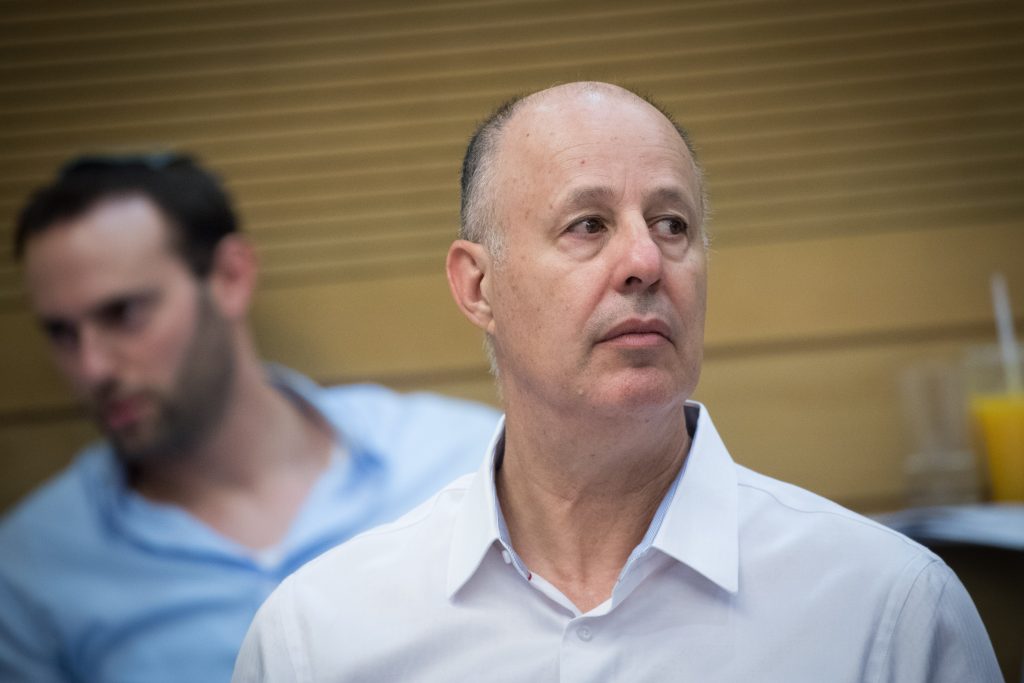 MKs on the right and left slammed government minister Tzachi Hanegbi Thursday, accusing him of callousness regarding the plight of Israelis in the south – with some demanding that the Likud kick him out over his remarks. Commenting on the situation, Jewish Home MK Bezalel Smotrich said that “if Hanegbi is not ejected today from the Likud, the Likud has no right to continue as a party.”

“The attacks by Hamas were minor, most of the [rocket] fire was around the Gaza area,” Hanegbi told Army Radio in an interview. “Firing rockets at Tel Aviv is a different story.” When his interviewer pointed out that Yerushalayim was Israel’s capital, Hanegbi said that he had meant that Tel Aviv was “Israel’s economic capital. They were careful to target the periphery, because they do not want to engage us in a major offensive,” Hanegbi added.

Netanyahu swiftly condemned Hanegbi’s comments, saying, “Hamas’s aggression is not ‘minor’ and there is no distinction between Hamas fire against the residents of the south and fire against any other area of the State of Israel.”

Zionist Camp chairperson Avi Gabay said that “according to the government it is seemingly impossible to defend the south. This is a government that has no values, and differentiates between the blood of Israelis based on where they live. Such a government needs to go home.” Yesh Atid chairperson said that “this is not the first time the Likud has sought to differentiate between residents of the south and of Tel Aviv. This is a scandal and a shame. Residents of the south may not interest Prime Minister Binyamin Netanyahu that much, but they are still Israeli citizens, and they and their children deserve security.”

MK Itzik Shmueli (Zionist Camp) said that “residents of the south and the north should understand that for the Likud, their lives are worth less than those of residents of the center.” MK Meir Cohen (Yesh Atid), a resident of Dimona, said that Hanegbi “was just enunciating something that residents of the south have known for a long time – that their lives are worth less to the prime minister.” And MK Merav Michaeli (Zionist Camp) said, “Netanyahu’s government promised to eliminate the periphery. This is one way to do it.”

Likud members also sought to distance themselves from Hanegbi’s remarks. Culture and Sport Minister Miri Regev said on social media that Hangebi’s remarks were “out of place. I said on a tour of the south earlier this week that Israel needed to respond harshly to any attacks that endanger the lives of Israelis anywhere.” According to MK Miki Zohar (Likud), Hanegbi’s comments “were stupid, unnecessary, and divorced from reality. This does not represent the Likud. I ask for forgiveness from residents of the south.”